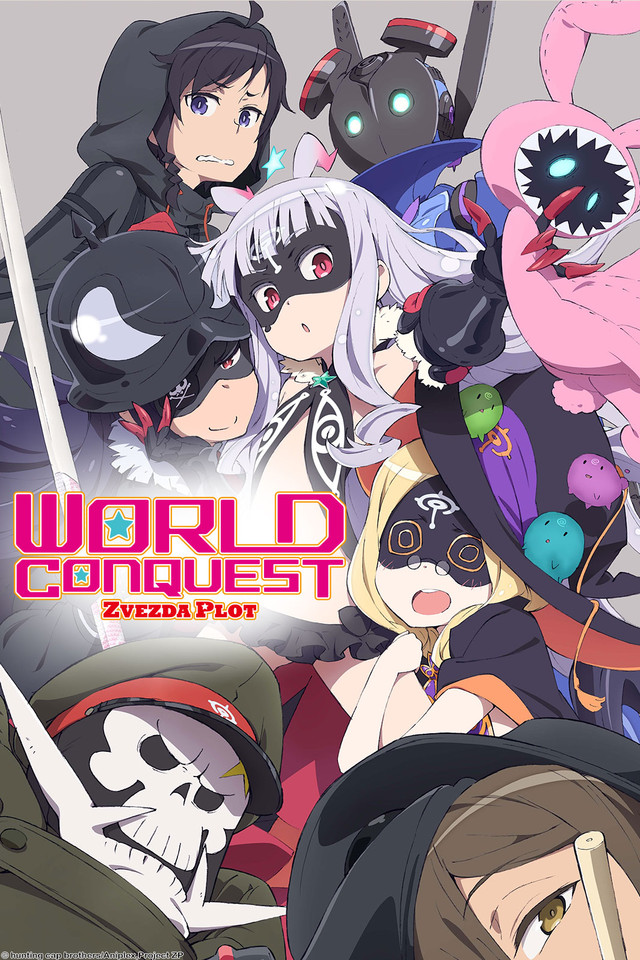 World Conquest Zvezda Plot sounds like a cool name doesn’t it? Like it might be something worth checking out. I did just that, without pics, reviews or anything and it was…interesting.

Asuta, a middle school aged boy who ran away from home is out on the street during a time of martial law. He bumps into an 8 year old girl who tells him that she’s on a quest for world domination. Of course Asuta just laughs but she wasn’t joking. She is actually the leader of Zvezda.Asuta seems like a decent character, just a kid who ran away from home but still believes in righteousness. He’s coerced into joining Zvezda by Kate who is the 8 year old leader. If it was just that she’s 8 years old then fine but it’s a lolicon’s dream, an 8 year old in a bikini. I mean come on guys, what is wrong with you. They guys can’t have daughters if they would do her like that. Cover her up dammit. Anyway, the cast is an odd collection and you do learn something about each of them. I do think they actually make a decent team even with the little girl.

Everything in the show is clean. The plot is…odd. But it’s an anime, who says it has to be real right? They may even oversell some of the plot points but it’s not too bad. Nothing extraordinary. Just your random antiheroes trying to conquer the world.

I’m going to give Zvezda Plot a 3 star rating. I found the show bland and I felt like I was trudging through to get to the end. The little girl in the bikini also bothered me. Besides that, eh. I just can’t find much to say about it. It’s not complete garbage but it’s circling the rim.