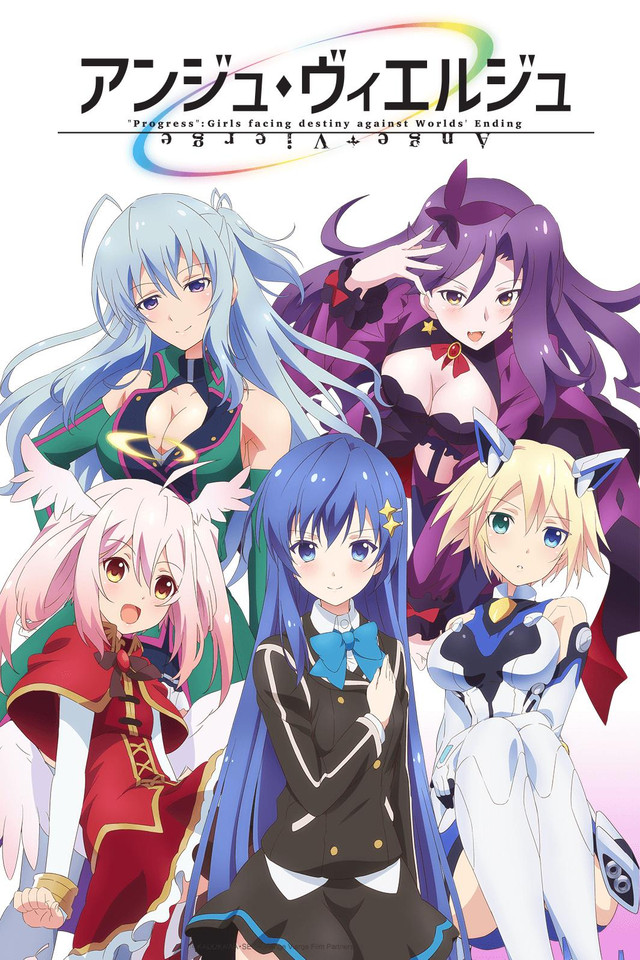 This show was from the summer 2016 season. It was one of the shows I thought of passing but once I start something I usually can’t stop because I want to know if a train wreck becomes good or a good show goes bad, etc.

The premise of the show is the fusing of 5 worlds and girls from each world must come together to stop it from happening. Each of the girls has special powers called Exceed power and they’re based on the worlds they come from. They stay on an island in the Pacific Ocean where they train and hone their capabilities.

The characters except for 2-3 are unmemorable. The ones you do remember aren’t very memorable either though. The only thing that can even be seen as a hook for the show is nakedness. Most of the show the girls are fighting naked, lounging naked and doing pretty much anything around their headquarters while naked. Of course covered in steam or light beams but I can only imagine that as the hook to keep people interested. There is just nothing about this show that I can see to keep people watching.

This is a standard show with standard production and standard music. Seriously there is nothing to see here unless you want to see a show with a lot of girls who are almost always naked but covered by light beams. Steer clear.
[yasr_overall_rating]