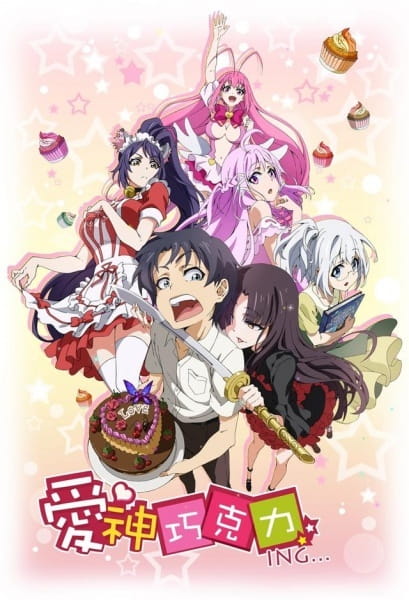 Jiang Hao Yi, is a normal high school kid who stays out of trouble but soon he becomes the harem king of the school. He has all the most beautiful girls of the school confessing to him and he doesn’t even know these girls. With all the guys now after him because he’s taking all the girls, he ends up falling off the roof of the school when an angel/goddess/cupid comes to save him and she explains the situation that he finds himself in with the girls. He shared “cupid’s chocolate” with the girls (which he doesn’t remember) and now they’re in love with him and he must fulfill their dreams with him to break the “curse”.

The characters in the show are diverse and while they do follow some tropes, the show is a little different since they seem to all get almost equal airtime. One girl gets a lot more than others for a few episodes but for the most part they’re all there for most of the time and you’re not thinking “this is a waste of a character” or something like that. Plus you don’t have a main character who is shying away from the harem, he’s embracing the fact that he has these girls and is trying to be what they all want from him.

Chinese anime type shows of the past have not been very good in terms of production or coherency but this show has it all. The characters do have some giant saucer moe eyes but everything else is smooth as hell. I didn’t know what to expect from this show but it really sucked me in.

I thought this show was perfect from beginning to end. It’s only 11 minutes per episode but it felt almost as if it was a full 22 minute show. So far there are 15 episodes and a 2nd season is confirmed. You will have to get used to the Chinese but most of you probably aren’t fluent in Japanese either though you claim subs are so much better…anyway. If you like harem shows then this should fill the bill.