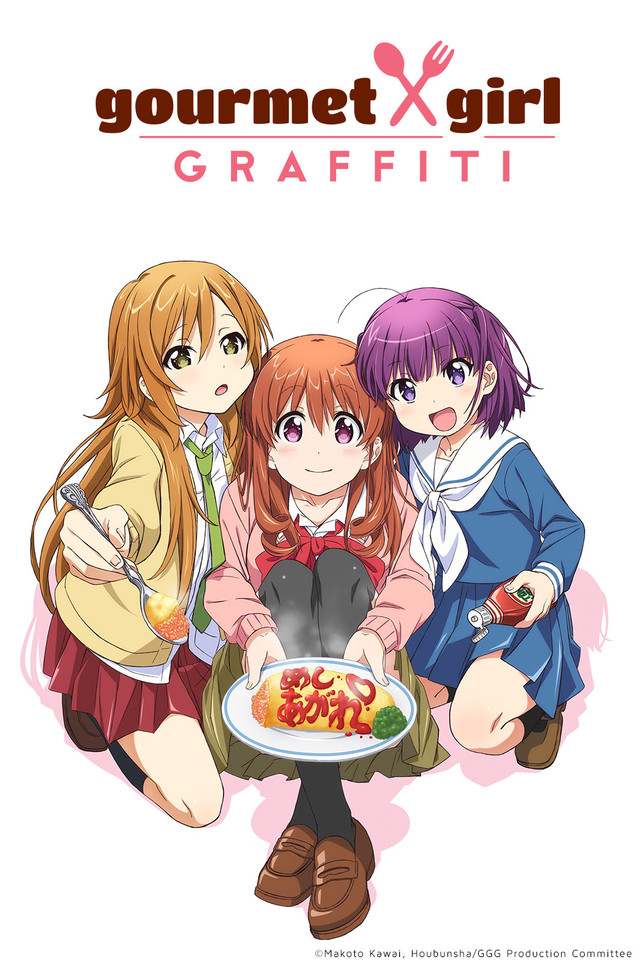 Gourmet Girl Graffiti is another newer moe show which is pretty much just that, moe.

These are not my kind of show so it’s hard for me to give an unbiased opinion on it. This show revolves around a girl, Ryo, who is now living on her own and trying to learn to cook for herself. For whatever reason, she feels that her cooking isn’t up to par until she meets her cousin who starts visiting her on the weekends. When they start eating together it makes things seem different and those of you who cook might know that feeling. Where if you’re cooking for one it just seems like a routine but if you’re cooking and eating with others it seems different even if it isn’t. So it’s a show about friends, family and cooking.

I can’t find any faults in the show. These new moe shows are super produced. Everything is so slick in this show from the art, to the music and everything in between. But these are not my kind of show so I can’t do anything but give it a 3.5 and say grade it for yourself and see. There was nothing to sway me to giving it a higher score but definitely nothing to say it’s bad.
[yasr_overall_rating]