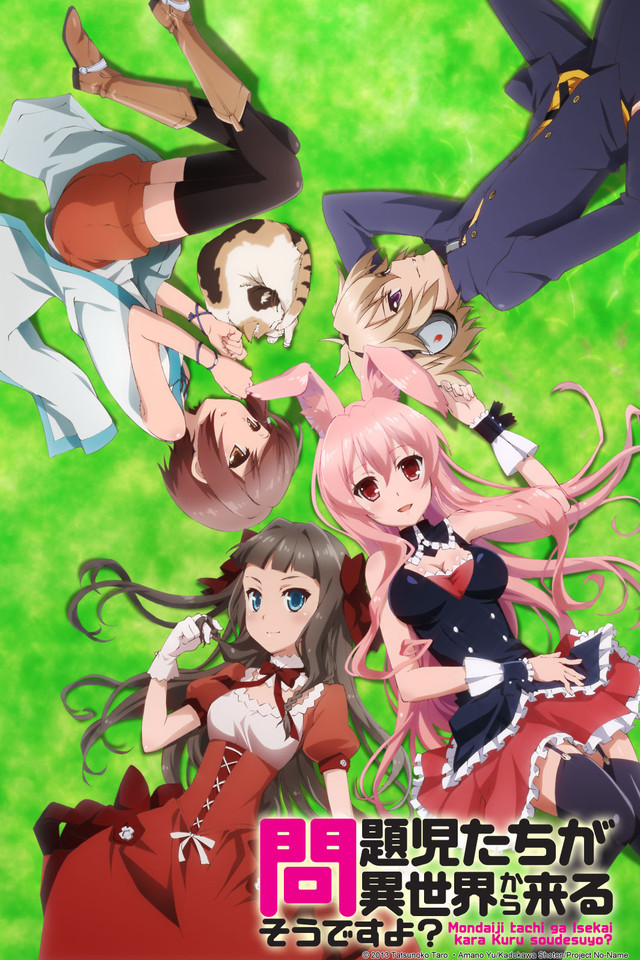 Izayoi Sakamaki, Asuka Kudou, and You Kasukabe are three teenagers who seem to be leading dull lives due to their special abilities. Then one day, all three receive a letter that seems to drop from the sky. The three teens are transported to another world where they encounter a girl who they think is a girl wearing rabbit ears to be cute, what they find out after pulling her ears, they have come across an actual bunny girl named Black Rabbit.

Black Rabbit is the one who invited them to Little Garden, a land where the supernatural is commonplace. What they find out if that Black Rabbit isn’t just a cute bunny girl, she’s going to be their guide and holds a very high position there. Black Rabbit represents a fallen clan known as the no-names and the reason she summoned the three teenagers is for their help to bring prosperity back to Little Garden.

The characters could really use some fleshing out. I know that I would like to know how they got their powers and why Izayoi seems to walk around like he owns the place. It’s his attitude but it seems like he was there before or maybe even lived there. Black Rabbit is the only one that you get a true background for but there isn’t much you can do in a 10 episode series. You get some bits and pieces about the others, enough to know something about them so they aren’t blank slates but not enough to know where the powers came from.The story also needs some fleshing out but since it’s a rushed series, they focus on the action to keep the show moving.

This show is a fun little show if you just need to kill some time and could have been much better if given the time to stretch it out. Everything in the show is well done but this show screams for more episodes. They did leave it on a cliffhanger so anything is possible but in this case it’s not likely. The manga wasn’t popular though the show did boost the sales of the manga. If you know about how manga is related to shows then you know that most shows are done to push the manga or toys. That has become the sad reality of anime. There is enough material to make more episodes if they ever decide to do so.