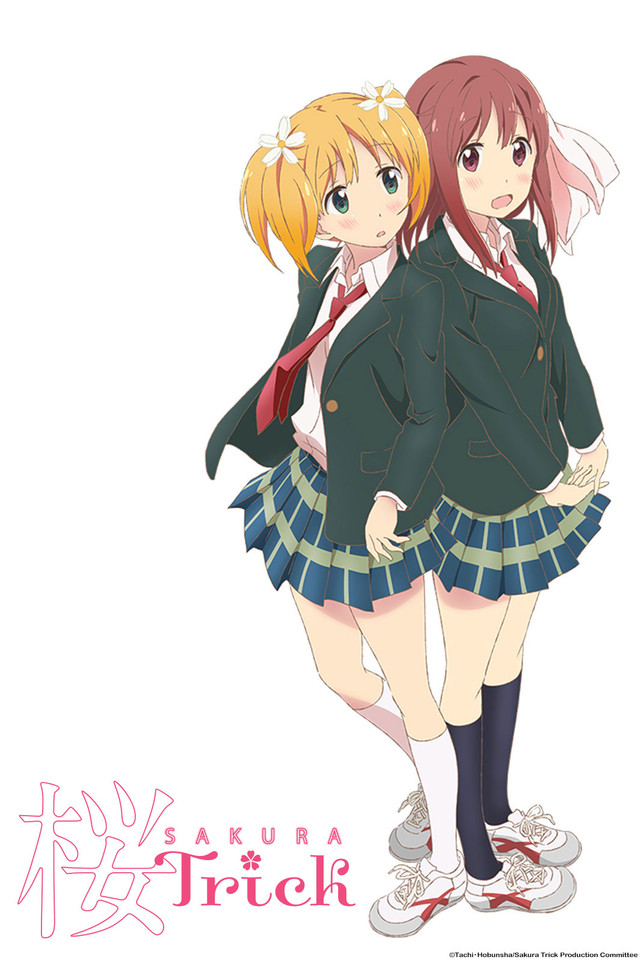 Sakura Trick is another Crunchyroll random pick for me. Had no clue what it was about at all. Read the description and thought, okay it’s a slice of life type show. Oh it’s that and more.

Sakura Trick is about 2 girls, Yuu and Haruka who were inseparable in middle school but got separated in high school. Mind you, that this separation was still in the same classroom, just one in front of the class and one in the back. They wanted to find a way to make their friendship “special.” I’ll let you get into all that, I don’t want to ruin the surprise.Don’t get me wrong, this is a moe comedy for the most part which is focused on the 2 girls but their friends get some stage time too. The friends aren’t really as interesting or out in front. You have typical girlie stuff going on, jealousy, and all that stuff. But Yuu and Haruka are trying desperately to keep their secret from everyone and it’s not an easy task. Yes there is yuri action in this show but not anything like Cross Ange (my first time coming across yuri stuff). This is more of a sweet little comedy.

If you’re into these type of shows then it will fit your desires. It’s not a bad show but it’s not my style so I won’t sit here bashing it. I don’t enjoy moe comedies just made to get girls watching but I will say most of them seem to be well done in the art department, have fitting music and all that. I saw 2 others Gourmet Girl Graffiti and Is This Order a Rabbit. There are a few others that creeped into my Crunchyroll because I click click click but they aren’t being watched except to report on looks and all that. Trying to broaden my writing and all that. They aren’t bad but they aren’t what I’m looking for.