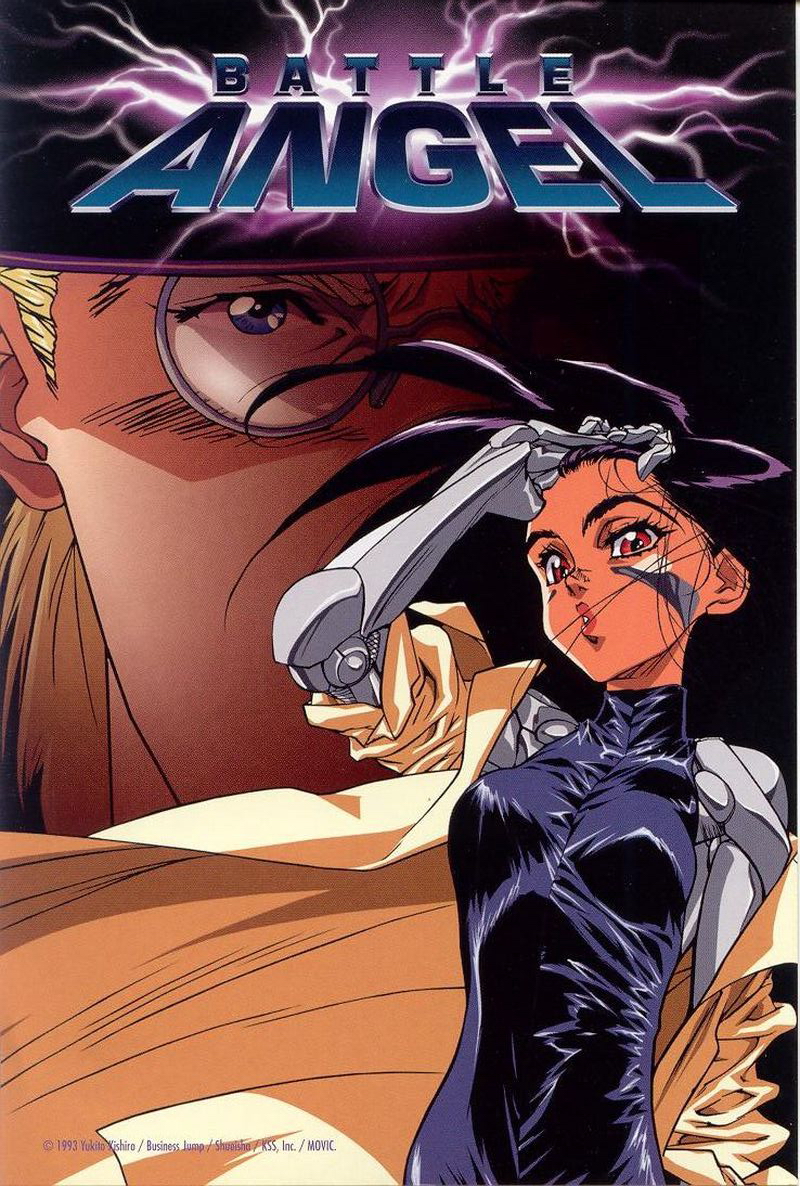 Battle Angel, also known as Battle Angel Alita and a few other names, is a story about Doc Ido, a doctor and mechanic who lives in a post-apocalyptic world known as the Scrapyard. One day, the good doctor finds a female cyborg that seems to be preserved well enough that he can bring her back to life. The female cyborg, Gally, doesn’t remember what happened but she is incredibly strong which plays a role later in the OVA.

The Scrapyard is not for the faint of heart. There’s criminals, bounty hunters and all types of miscreants. Due to Gally’s strength, she ends up getting mixed up in all this, especially after someone goes after her only friend. The reason for all the fighting for their lives is everyone is trying to get to the land in the sky named Zalem, where life is supposed to be better, no more fighting for scraps.

It’s only a 2 episode OVA so it will only take an hour of your time. I really liked this show. For whatever reason it hooked me. Probably because there’s fighting, shooting, action, blood and all that good stuff. But it does have a story behind it so it’s not just a flat fighting OVA. This is one that is on a lot of people’s lists as a classic so I’m not the only one.