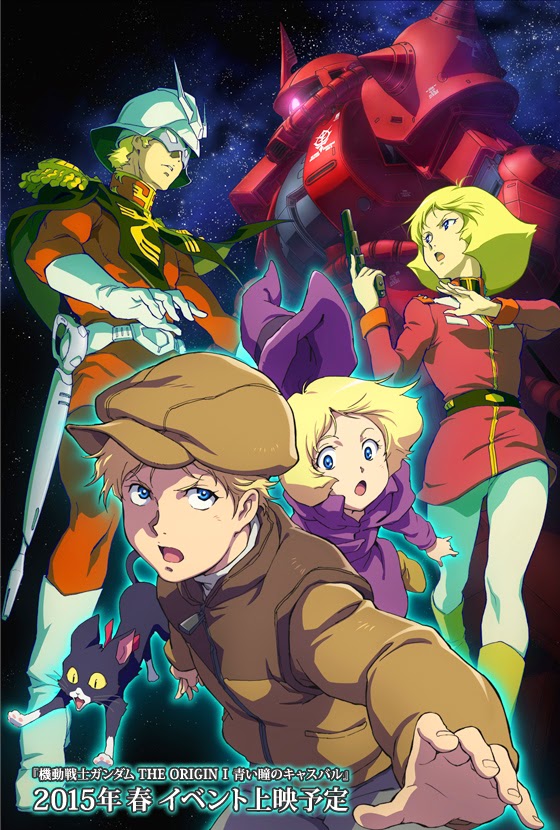 Mobile Suit Gundam: The Origin is an origin story of the Red Comet. It delves into the past of Casval Rem Deikun and Artesia Som Deikun. It goes from their childhood to the time that Casval leaves to later become the Red Comet. For those trying to keep up with the Gundam universe, it takes place before the One Year War.

Don’t pick this one up for action scenes. There are a few and the usual explosions and people dying but it’s more of the backstory part of their journey through their turbulent lives. It can be slow at times but it can’t all be action 100% of the time. You get to watch Casval and Artesia grow up while trying to survive the usual political issues that occur in Gundam series.

The animation definitely makes you take notice like most Gundam series. One thing I like about the Gundam series in terms of animation is the fact that the people aren’t all stick figures. They’re a variety of body types, heights, looks, races, etc. The sound, music and everything around the series is top notch as usual.

It’s only a 4 part OVA so it’s about 100 minutes total. If you’re a Gundam fan then you’ll most likely enjoy it. If not, then maybe it’s time that you familiarize yourself with the Gundam universe.
[yasr_overall_rating]