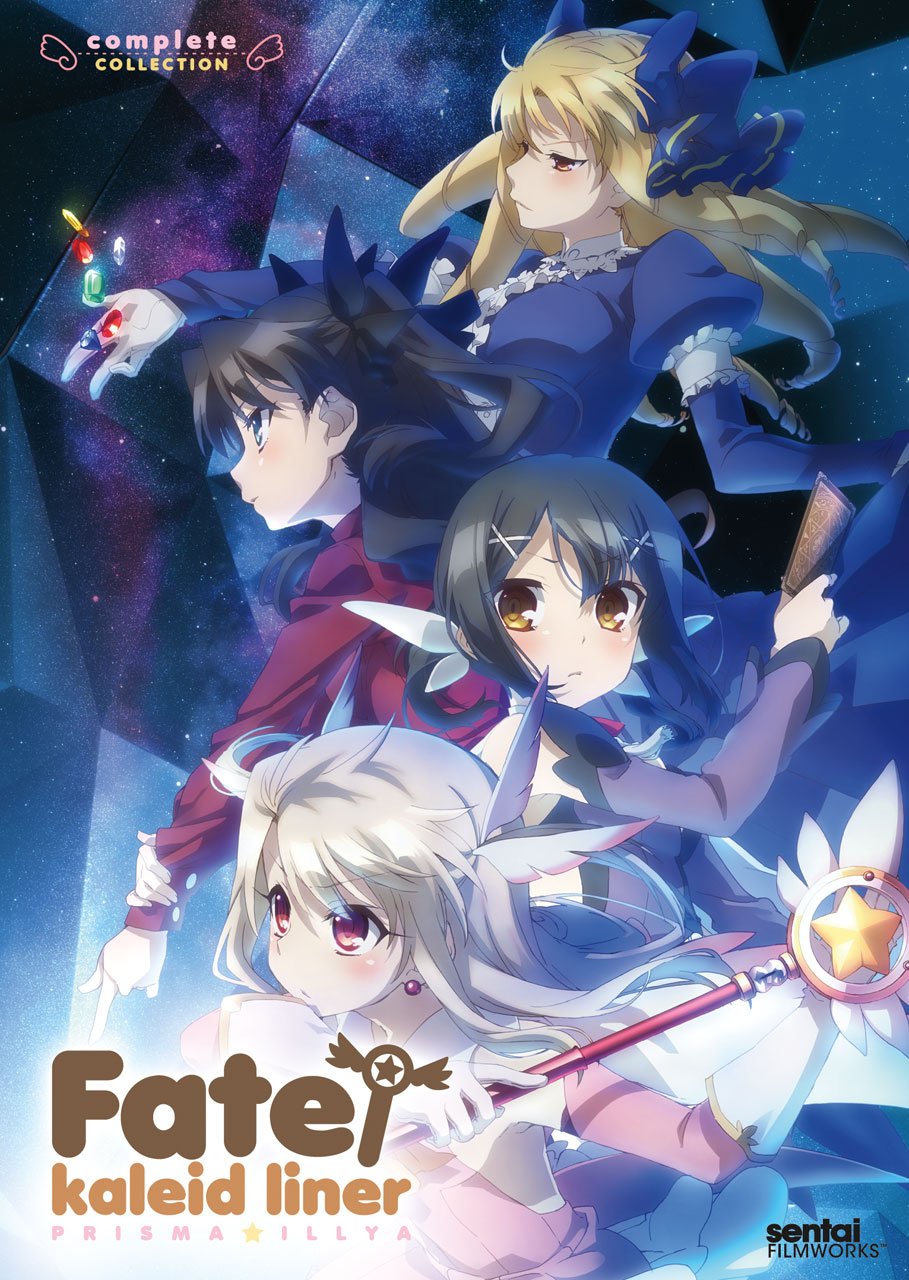 The 1st season of the show starts off with Ilya being given magical girl powers. Alone with her “mentor” Rin from the first series, she must learn what being a magical girl is about. She goes through the ups and downs of getting awesome and not knowing how to control it. The show has a lot of her school life mixed in too so it’s not ALL action but there is a decent amount of it.

The 2nd season was bleh and could have lived without. The art quality was dropped further, the voice cast seemed miscast but that may be because like the 1st season you have a Rin that is not the original and Ilya isn’t either. But it seems even different from the 1st season. You can tell Ilya is the same because her raspy? voice. Raspy might not be the right word but it doesn’t seem smooth.

The main thing I didn’t like was that the 2nd season is pedophile bait. Lolicon bait or whatever the hell you want to call it. There is no need for the nakedness of 5th grade girls or them in bloomers for like 2 episodes in a row. And some of the upskirt type shots or downskirt or whatever. The first season maybe had a shot or two but the 2nd is loaded with it.

I wanted to like the show because it’s lineage but it didn’t live up to what I has hoped. Not in any way. I……. I don’t know what to say. Some people will probably like this one but it’s not for me.  I don’t like the pedophile bait shows.