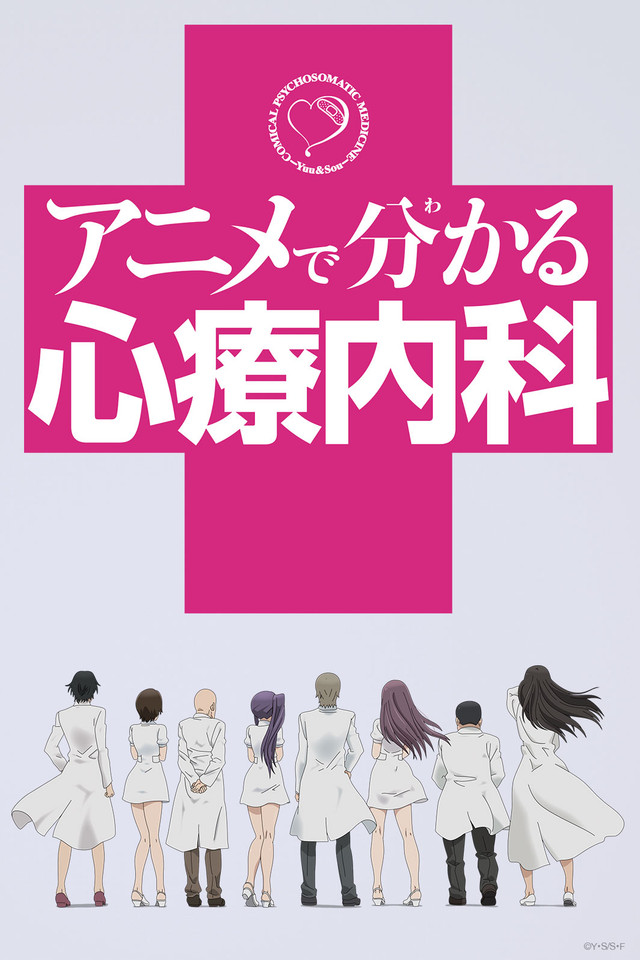 I wanted to check out some of the newer anime that is getting greenlit by the production committees and I came across this one. Comical Psychosomatic Medicine. This show is not a groundbreaking show by any means. It’s a short, gag comedy show about real issues that people have.

Doctor Ryo Shinnai and his nurse Asuna explain these conditions with comedic results, sometimes. Ryo is the straight man in all this, trying to explain these conditions while Asuna is the one who brings in the punchlines. She is joined by her sister and others in trying to deliver the funny. This is where the issues come in. The show is supposed to be funny, jokes with bad taste, etc. Some of the jokes just don’t make sense. Other times they’re right on the mark in terms of getting you to laugh.

This show does not take itself seriously and it shouldn’t, it’s a 5 minute show that is all about the jokes. It’s currently still on the air in Japan, it’s now at episode 8.

Comical Psychosomatic Medicine is not by any means going to change your life but if you want something short and occasionally funny then this show is for you.