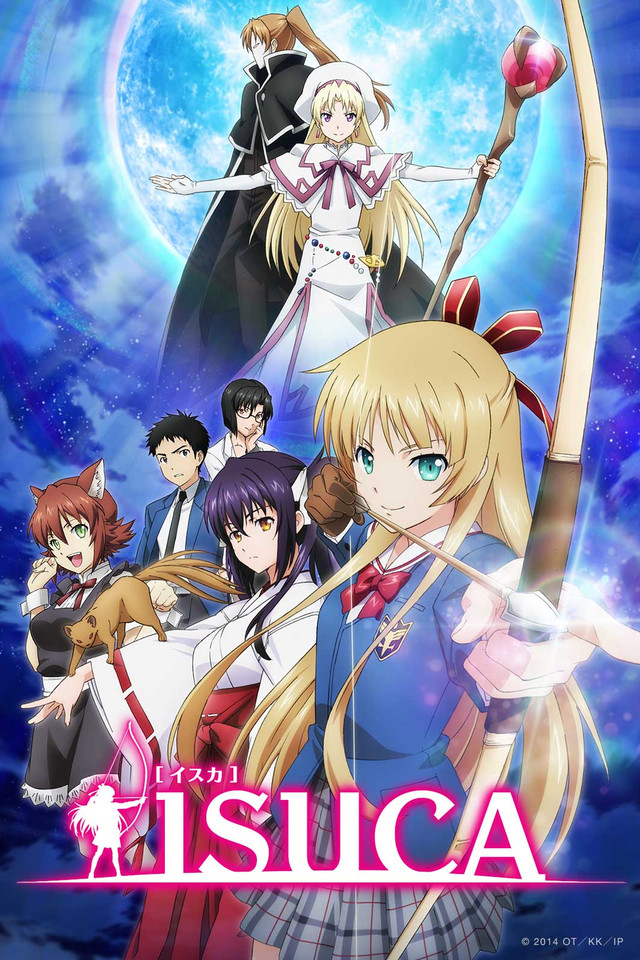 Isuca is a show from the Winter 2015 season. If you blinked then you probably missed it since it was only 10 episodes long. The story revolves around a high school student named Shinichiro, who gets a job as a housekeeper for one of his classmates in order to pay his rent. While cleaning, he accidently breaks a vase which had a monster sealed inside of it. His classmate that he works for is the head of a family who exorcises and eliminates these creatures so he reluctantly becomes an assistant in capturing this monster.

This show mainly revolves around the relationships of the characters while trying to build a background and chasing monsters also. Unfortunately it’s hard to get all that into 10 episodes. Shinichiro (guess it was a popular name for Winter 2015, see Parasyte) is a typical high school boy with nothing that stands out about him like most of these types of shows. Sakuya is your typical overbearing tsundere with few likeable traits who is also trying to become the head of her monster hunting family. Tamako is a 2 tailed cat spirit who is very attached to Shinichiro in an owner/pet type relationship and Sakuya is always trying to capture her. Somehow these three have to figure out a way to get along with each other and other characters who come into the picture along the way.

The art in the show is very high quality, I didn’t notice anything that stood out as a problem anywhere whether it be the characters or the backgrounds. The music fit the show as well. If you find a reason to hate on the show it won’t be in the production. There is a decent plotline going on in the show also. The show is ecchi so you know what to expect, it isn’t an overabundance but there is one thing that takes place a few times between Shinichiro and Sakuya. Plus you have Tamako who always seems to be naked or partially dressed. I assume people will have an issue with her. She isn’t getting stripped naked like in some shows, she actually wants to be similar to her cat like nature. She represents more of a tension breaker in those moments but that’s up to you to decide how you feel about her character. I’ve seen much worse examples where it’s just gratuitous

Isuca is another harem comedy show with some monster hunting in the background. It’s not quite High School DxD but it’s not like some of the others that try to get the combination right and fail. It’s somewhere in between. The show has nice presentation overall but it’s not a must watch. It’s a decent show which definitely could have used a few more episodes to flesh it out a little but they did fine for a 10 episode show. There was some foreshadowing at the end so I expect a season 2 but as you know with anime, that doesn’t always happen.