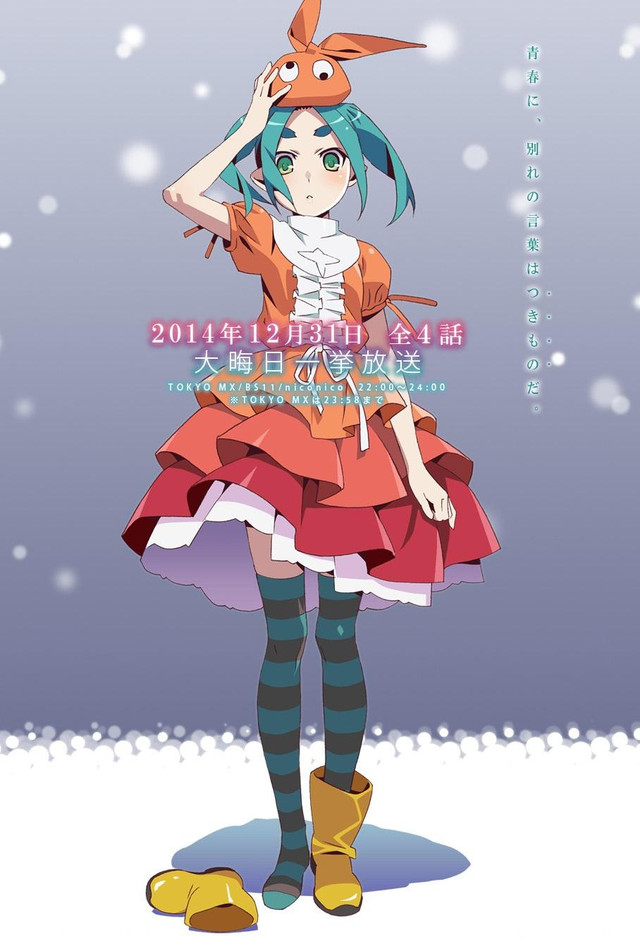 Tsukimonogatari may be the best of the side stories and it sets the stage perfectly for the third season of Monogatari. Don’t worry, it’s not a cliffhanger ending or anything like that where you have to worry if that third season is actually coming. It’s supposed to be coming and I’ll leave it at that because we all know how the anime industry can change without warning. They left off where you might be okay if they didn’t continue the series but you’d still be disappointed with the unfinished story.

Let’s dwelve into the meat of this. While the cover for Tsukimonogatari is Yotsugi Doll, she is not the main focus of Tsukimonogatari. She does play a big role in it but the main protagonist this time is actually Koyomi with a slice of Shinobu. Koyomi and Shinobu narrate most of these shows with Koyomi doing the main narration. This series gives some background on Yotsugi Doll and on Koyomi’s vampire history and you’ll see him experiencing some changes. What does this mean for the series going forward? You’ll have to watch to find out.

The character advancement here includes Koyomi, Yotsugi Doll and Shinobu mainly. If you wanted more from Yotsugi Doll, you got it here. She’s weird, kuudere-ish and quirky but she definitely stands out and helps push the story along. There is an appearance by The Fire Sisters too so it’s a bonafide loli-fest. You lolicons out there will love it, the rest of us just have to go along with it because it’s a big part of Japanese culture.

As you know, these side stories provide background and help supplement the main storyline, except Hanamonogatari which was just an abomination compared to the other series. Tsukimonogatari is no exception. Everything that makes this quirky show, good, is there. The art is always top notch with these shows as well as music and sound. The jump scenes are a bit different here as they are mainly based on Yotsugi Doll.

Nise was good, Neko was good, Hana was bad and Tsuki got them back on track with the side stories and topped them all. While I can live without the loli stuff, they really did bring the show back to the right track.