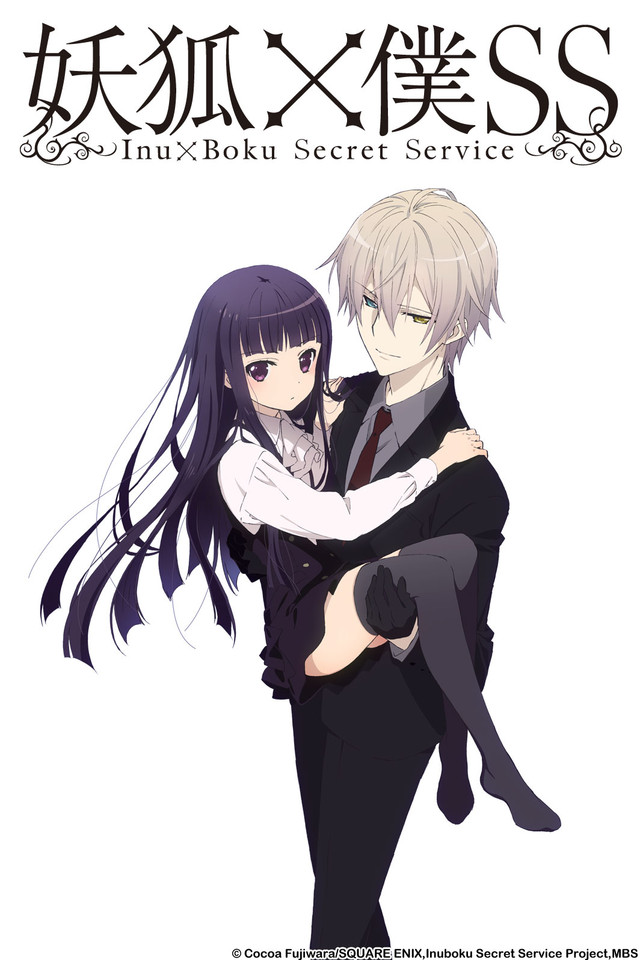 Inu x Boku is an anime I picked up and not sure why. It was probably something I clicked on when searching Crunchyroll. On the surface it looks like a show that might be interesting but when you get into it, you may start looking for reasons to get out.

The main character is Ririchiyo, a socially inept girl, moves into The Maison de Ayakashi for some peace and quiet and to improve her social skills. The Maison de Ayakashi is rumored to be haunted and only has eccentric people live there but this is not the case. The building is actually where humans with non human ancestors live which adds some intrique to the show but not enough to carry it.

Ririchiyo is a very hollow cliched tsundere character. The rest of the characters in the show don’t help move it along either. She meets secret service bodyguard Soushi, who is assigned to protect residents. He is the secondary character and his plea to her is ‘Please make me your dog.’ Now that may sound like it may lead to an interesting or funny storyline but it doesn’t. He’s actually a kitsune and follows the trope or being cunniving. None of the characters have any depth except the 2 main characters which is fine but even their story is hollow and it’s something that has been done to death.

Well you can’t say anything bad about the art in the show. Most of the newer anime is done pretty well in terms of art and this is no exception. Unfortunately the rest of the show is boring and seems dated though it was released in 2012. It’s one of those where you say ‘haven’t I seen this scenario before’. I was hoping that something would jump out in this show and keep my interested but it didn’t. I ended up watching the whole thing because I usually do, it’s only 3-4 hours of my time but I feel like they owe me some time back on my life expectancy.