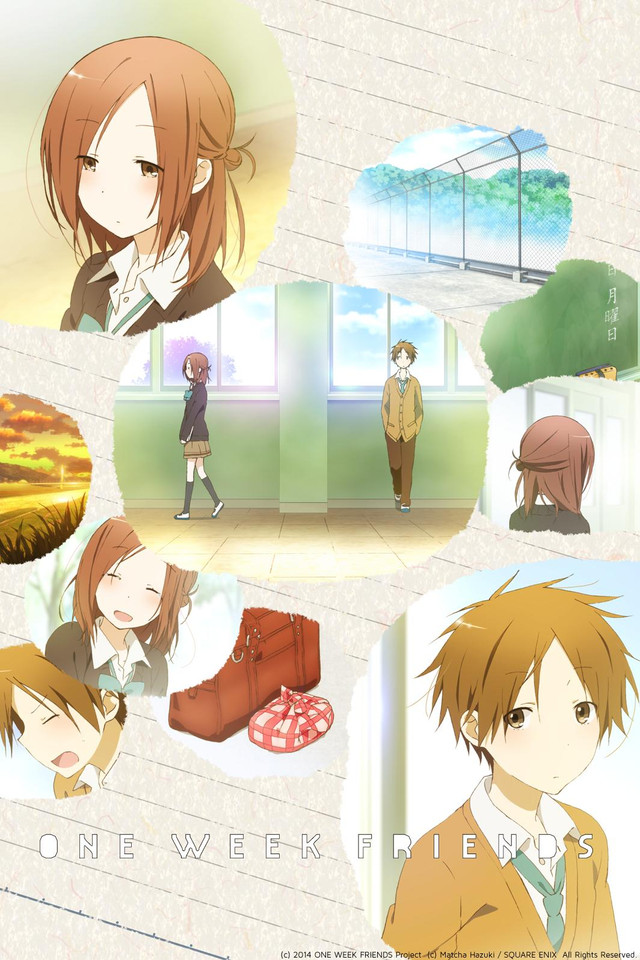 One Week Friends is a show that wasn’t even on my radar but someone posted this pic on Twitter that reminded me of me and someone I used to talk to. For some unknown reason, it would seem we go through the same things these characters do. Definitely not by my choosing but it is what it is.

As you know, I try to keep things spoiler free because it’s a review/preview and not a breakdown but the name of the show is basically part of the plot. The show is about a girl, Kaori Fujimiya, who loses her memory every week. Yuki Hase, a fellow student, becomes her friend even with her pushing him away. Even so, he becomes determined to help with her memory issues despite the toll it takes on him.

The characters are given enough time to develop. It starts off kind of slow but as you get further into the show, you begin to see things develop and change. Much like a small circle of friends in a new high school, like this show is, it usually starts with one and expands and that is exactly what happens here. The main focus is of course on Kaori and Yuki like it should be. The support characters aren’t given much time to develop but their personalities are pretty much consistent and add just enough to the main characters that they don’t feel like fillers or get lost in the shuffle.

Everything else around the show was well done, the music is fitting for the show, and the art style fits too. It’s not overly done so that the focus is on the characters but don’t think that means there is no attention to detail. I’ll forgive the one or two hair over eye issues for the overall benefit of the show.

If you’re looking for something light hearted and fun with a twist of drama, then this is the show for you. When the show ended, they did a decent job of putting a bow on it but there was still this urge to see more, at least for me.
[yasr_multiset setid=0]