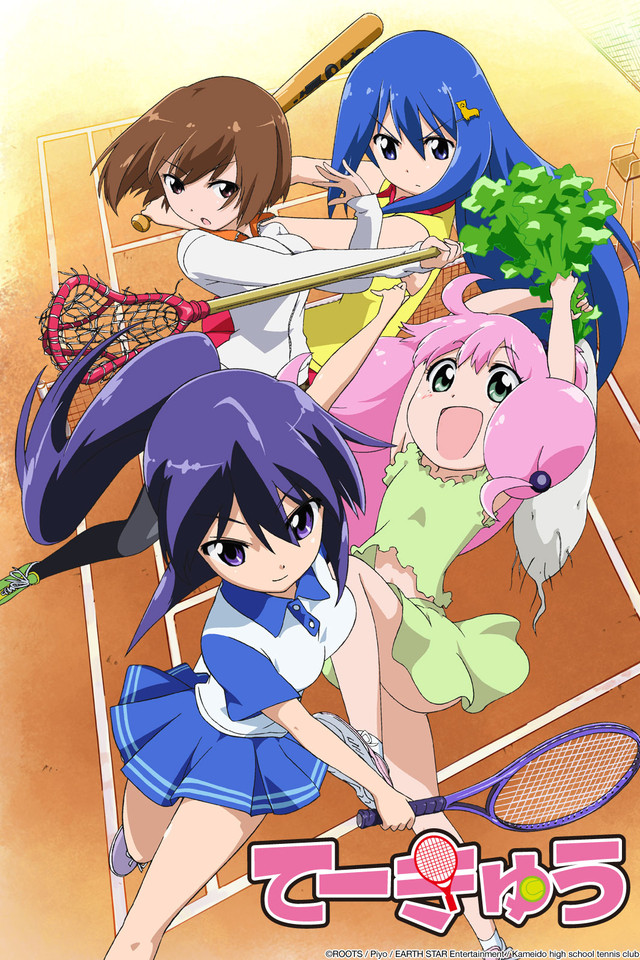 Teekyu is one of those shows I randomly picked on Crunchyroll when I was filling my queue and I had no idea what to expect. This show is similar to a show I reviewed already but in short format. It’s like the Chronicles of the Going Home Club but in 3 minute bites. I wouldn’t call it a clone exactly but it definitely takes it’s cues from there.

Just like Chronicles, Teekyu has a main character who is the straight man, Yuri, the most normal person there and pointing out the issues around her. The other 3 in the main group are just odd, each for their own reason. They go well together though. While it’s a sports comedy that seemed like it would be based on tennis, it’s not. There is tennis and other sports but not very much, it’s more about the gags.

If you pick up this show, it’s just for the random silliness like Chronicles. This show is much more gag comedy than sports. It’s in season 4 right now with about 45 episodes and even has a spin off, Takamiya Nasuno Desu! In season 2 they try to sell their own manga on the show, there’s aliens, baseball, a lot more interaction with outside characters. In season 3, Yuri is caught saying “this is turning into a real tennis anime” and in season 4 she says “now it’s a normal conversation.” after one of the other characters says something incredibly normal.

I liked Chronicles and I like this one too. Of course the gag comedy shows aren’t for everyone but the ridiculousness of this one is good. Teekyu gets a 4 from me. Season 4 will be finishing up this month and Season 5 will get rolling in July so they’re going to keep coming.