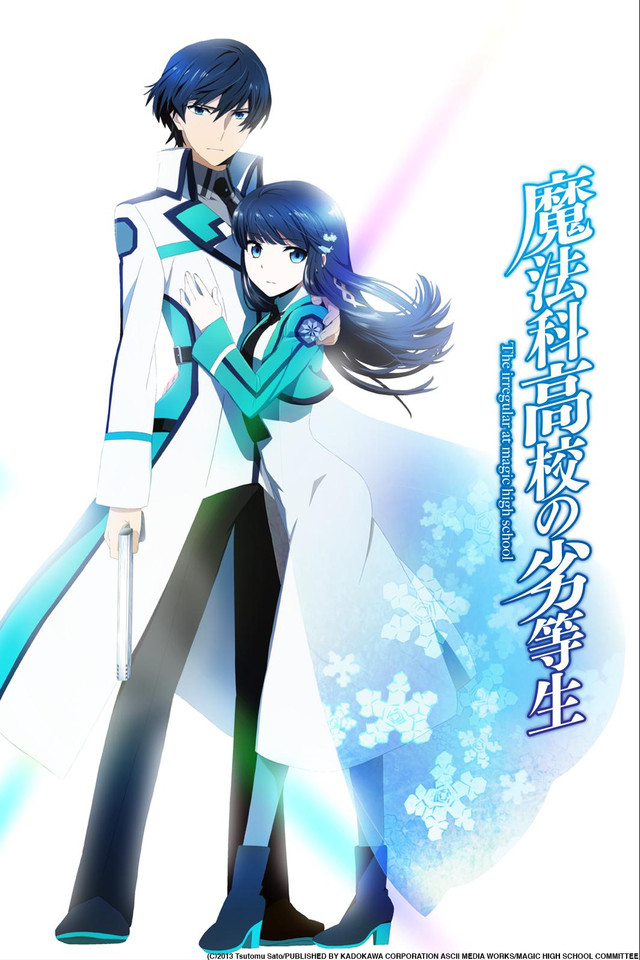 The Irregular at Magic High School is exactly that. An irregular student who is enrolled in a magical high school. It’s a role he has taken on by honor, even if it means ridicule, a lack of respect and many situations where he may seem inadequate.

The story revolves around a brother and sister, Tatsuya and Miyuki who are both enrolled in this special school. The school has a class system in place where magic users are “Blooms” while the ones who can’t use their magic or have a low level of magic are called “Weeds”. Tatsuya is one of those weeds but he carries a secret that is unknown to all the others, which gets him through situations where usually only a magic caster would be able to survive. Miyuki on the other hand is a very strong magic user, one of the most powerful at the school it seems. When together, these two form a dynamic pair.

At the beginning, Tatsuya is a seemingly hollow character with no emotion but over time you get to learn more about him. Miyuki is a character with a lot of emotion, she’s very yandere-y even. The two share a bond where you think they might not be brother and sister but maybe lovers. They joke around about it but there are some strong incesty like scenes (not many don’t worry, unless that’s your thing, then you’re screwed). The other characters around them are given time to shine too and they make for an intriguing cast of characters even if some are cliched a bit.The show has very nice visuals, music, backgrounds, it’s just all there. There is a plot to the show and they follow the course of a typical school year. There are some strong subplots in the show which is what makes the show even stronger. I feel they didn’t miss a beat in this show. The only thing that bothers me is the strong brother/sister love thing which is not present all the time but it’s even in the opening and ending sequence and at first it throws you off because you’re not thinking they’re brother and sister until that gets revealed. But in Japanese culture, things like that are common from what it seems so kind of have to go with the flow.

Definitely one I can recommend. I didn’t know what to expect when it started but the action keeps ramping up with every episode. Recent years have not been good to anime but this one bucks the trend and delivers something different. They really could have dropped the ball and had it be very bland but since they had 26 episodes, they had time to flesh it out. Though the ending did leave you wondering if there will be more.