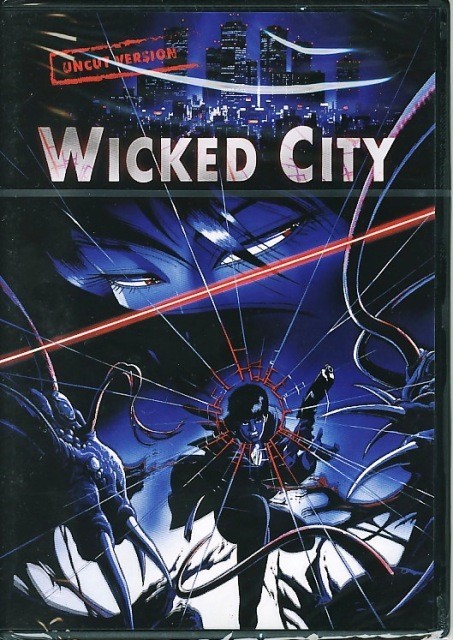 The people of Earth are confronted with known as the Black World. A parallel dimension that is inhabited by creatures that take a human form but are nothing near human on the inside. There has been a long standing pact between the two sides and it’s getting close to time to renew the pact.

This show just didn’t do it for me. I found the pacing to be okay since it was mainly focused on 2 parts of the story. It had the same feel as some of the other shows and movies from 80s which depicted grit. Just seemed like a subpar effort for the most part.

I had a lot more hope going into the movie since I didn’t read anything about it except the basic premise but it ended up being like a bad B movie. I guess you can say the action is reminesent of something like Bastard!! or Battle Royal High School, though I like Bastard!! I want my 80 minutes back. If you’re into bad movies and stuff like that, then this is the right movie for you.