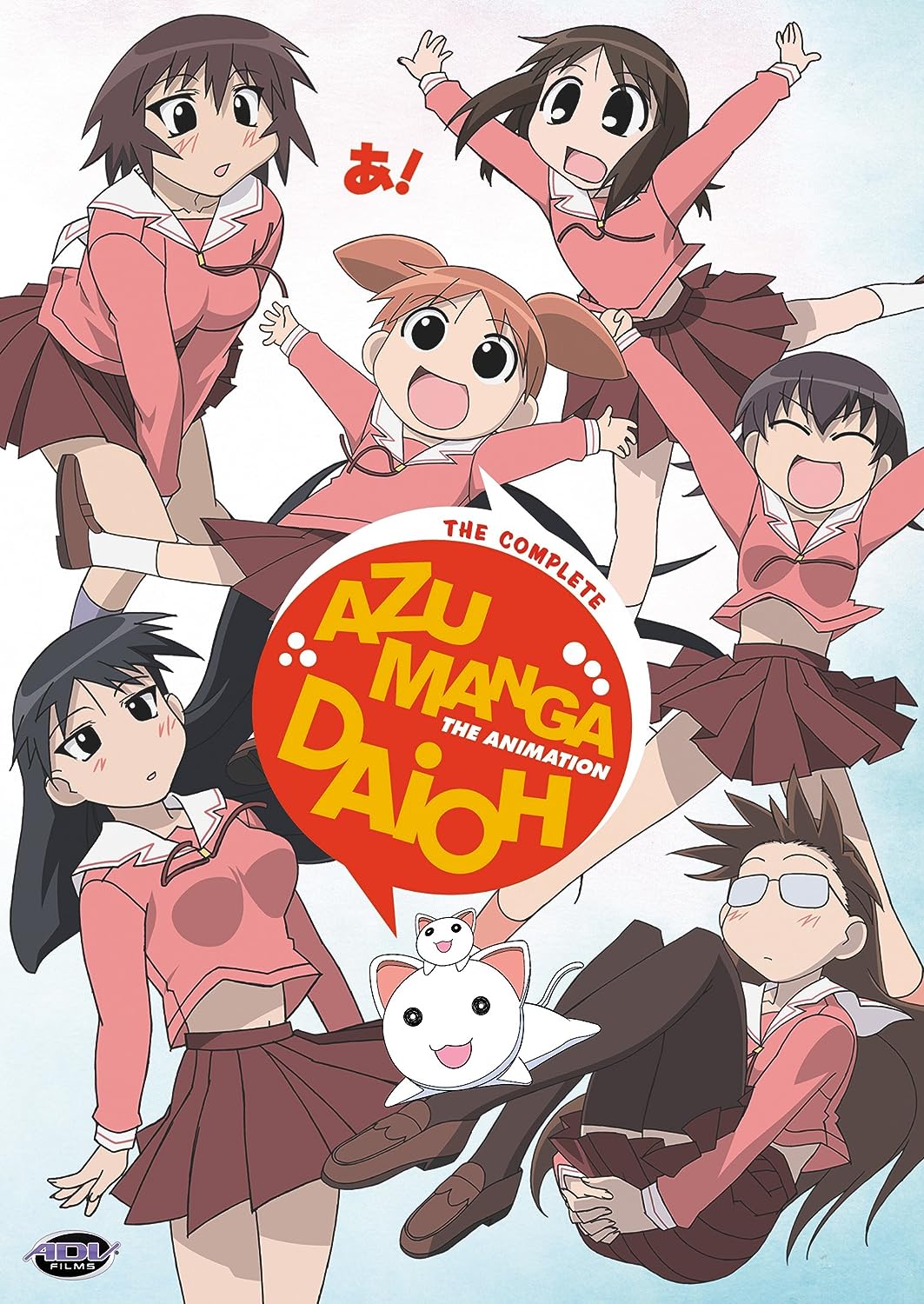 Azumanga Daioh school based, slice of life comedy which is probably considered moe before moe became a big thing to do in anime for drawing in the female audience. It’s a show about 6 high school girls and their daily lives, centered around school.

You follow the girls through 3 years of test taking, talking in class, cultural festivals, athletic events, walking to and from school and other events but it’ll give you a few laughs along the way. Of course they throw in some site gags, running jokes and all that. Can’t have school be all about the grades right? There’s even a bit of surrealism and ridiculousness when it comes to Chiyo’s ponytails on more than one occasion.

The show starts off with the introduction of Chiyo Mihama who is known as Chiyo-chan, she’s a 10 year old who skipped a few grades and now has to try to fit in with girls who are 5 years older than her. I had the chance to test out of grades but chose not to. In real life that transition is not an easy one, we had a girl who did test out and skipped 3 grades and she felt like an outcast. The situation actually went a little like this show after the first year.

The rest of the crew is a collection of oddballs. The reserved Sakaki and her obsession with cute animals who don’t seem to like her. Ayumu who gets nicknamed Osaka because she’s from Osaka, in the dubs they have her speak like a yokel to make her really stand out (she probably does in the Japanese version but since I’m not fluent in the different dialects I can’t be sure). You also have Tomo who is a high energy character with no common sense and her best friend Yomi who is constantly aggravated by her. There’s Kagura who has a one sided sports rivalry with Sakaki and their homeroom and phys ed teachers Yukari and Nyamo who join them in their adventures. There are also cats, a dog, a creepy male teacher who always wants to see the girls in swimsuits and other skin showing situations and another girl Kaorin who has a small part but she has a crush on Sakaki.

The show is from 2002 so it’s not going to compare to newer shows but the dubbing and all that may be better than some released recently. One thing that you’ll notice starting from the beginning is that the show is broken into 5 minute segments and as the show goes on it will merge and be less broken up. This is mostly because everyone comes together as the show goes on.

I liked the show, it was a nice little comedy but there was one issue for me. Some of the characters tended to make things feel repetitive and since the show takes place over their 3 high school years, that doesn’t help either. They could have changed up some of the events. Now that’s not to say it was ALL repetitive but some moments felt that way.