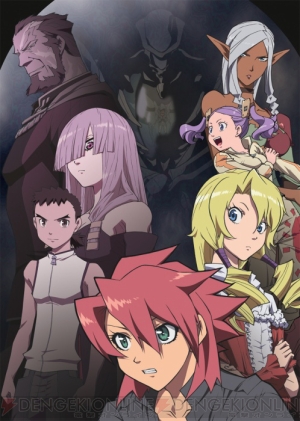 As I continue my journey through the Tenchi Universe, we have War on Geminar. I actually watched this one first by mistake because the site I use had them out of order but this story takes place 15 years after the events in Tenchi Muyo! GXP. If you’ve seen Photon then you’ll notice some similarities and names being shared between the 2 series, Photon was also created by Masaki Kajishima.

Kenshi is brought to another world, known as Geminar. In Geminar, things are handled in a very violent fashion, they use machines which are known as Sacred Mechanoids. The Mechanoids are humanoid exoskeletal weapons they were discovered in ancient ruins and developed over time. Kenshi who is not violent in nature refused to participate in an assassination of the princess Lashara and was captured.

Lashara heard about this and decided to help Kenshi escape with her to the Holy Land. Kenshi found a place he could call home, he was not expected to fight. In the Holy Land, Kenshi becomes a celebrity because his strength, kindness and tenacity. Most of the population is female and he was helping them out with hauling heavy objects, carpentry and other menial tasks, well menial to him. What Kenshi didn’t know is that the same organization that tried to enlist him before, has their people in the Holy Land too, so it’s only a matter of time before the peaceful Kenshi has to protect his peaceful way of life.

One thing that set this apart from the rest of the series is the length of the episodes. This was on a pay per view basis when it came out so they had a little more wiggle room. The first episode runs 51 minutes and most subsequent episodes are around 45 minutes, there are some fluctuations in between and the final episode ran a little longer. You will also notice the voice acting is less “old school”. I don’t know how else to describe but in the early days of dubbing, it seemed like they took just anyone available to do voices. Compare this series to Ryo-Ohki and you’ll be able to tell that there are major differences. This show was well done from beginning to end.

This was probably my most enjoyed of the whole Tenchi series. It just seemed like everything they did in this one, hit the mark. This series can almost be a standalone but there are references to the past series. You would probably want to see Ryo-Ohki, GXP and Photon before you watch this one if you want to know where the references came from but you won’t be completely lost if you don’t know the history.