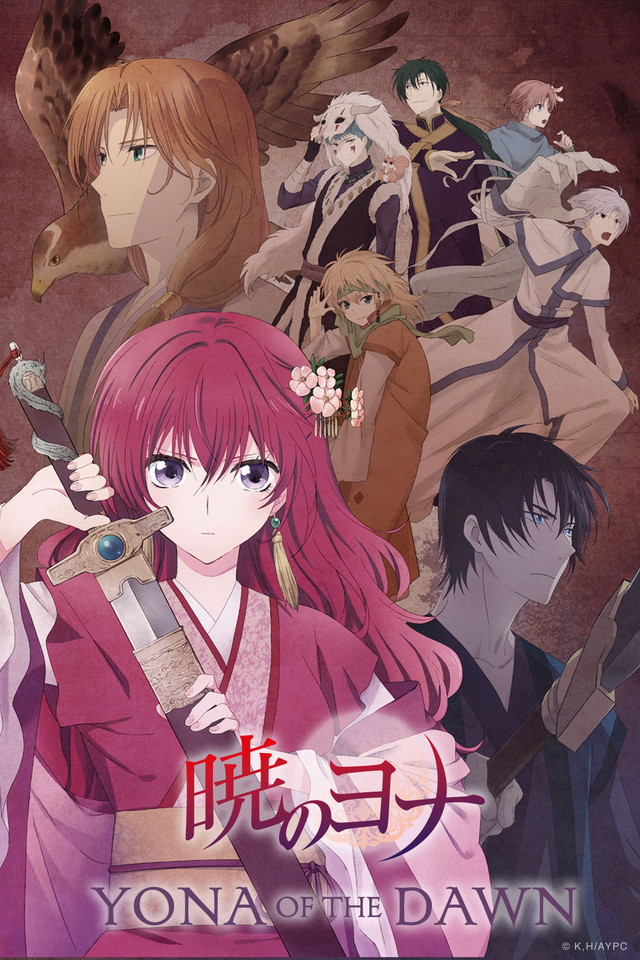 I was being bombarded with Yona commercials by Crunchyroll so I had it on my list and I finally got around to watching it. With all the commercials that they had, it was hard to not be thinking about it. So eventually I bit the bullet and watched.

Yona of the Dawn is about a spoiled carefree princess. WAIT! Don’t stop reading yet. I know some of you were ready to jump ship right there. She has everything she could ever want, clothes, sweets, a doting emperor as a father. She also has a cousin she has a crush on and a bodyguard who actually treats her like a regular class person.

The world that Yona knows is shattered quickly when someone murders her father. Unfortunately for her, it’s her cousin that she has a crush on, Soo-won. Soo-won wants to become king and the only way for him to do that is to eliminate the emperor and Yona since she witnessed the murder. Her bodyguard Hak helps her escape and they lead a life on the run after that.

The production on this show is ridiculously smooth but that’s to be expected from this type of show. Everything about this show fits perfectly. That’s one of the things this show has going for it. From the opening sequence on, it’s hard to find any faults in the production of this show.

Was a decent show, had it’s moments. Seems like they could have gone farther with some things but it wasn’t bad. The end left you with a “where’s the rest” feeling. It would be disappointing if there is no season 2 (or season 3 if you can call 12 episodes a season) since it was a definite cliffhangery type ending but I guess it could have ended where it did too. I’ll be watching if there is a season 2 but I’m not going out of my way like it’s Assassination Classroom, Death Note or something like that. But if you like this then you’re probably enjoying Snow White with the Red Hair from the Summer 2015 season too.