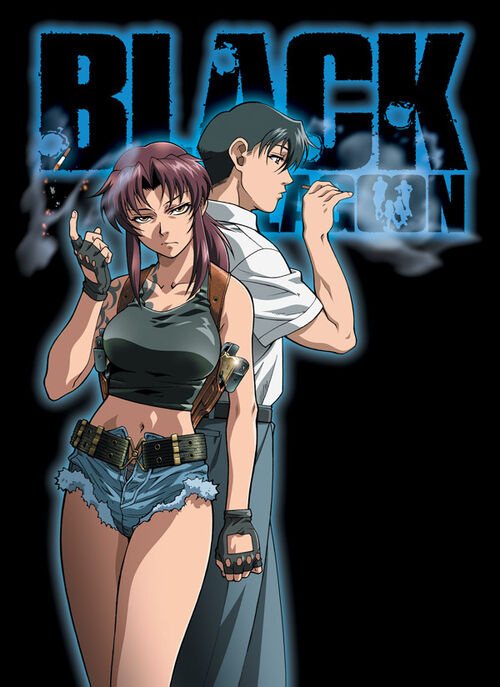 Picture this. You’re Rokuro Okajima who works a 9-5 job though in Japan that might be more like 5am-9pm. You hate your job, your life and everything around you. Then you get kidnapped. Instead of trying to escape, you become part of the kidnappers group. You are now Rock the pirate.

Rock isn’t alone on this journey obviously. You may already know his partner in crime, the hot headed Revy who is a VERY polarizing figure. Usually you like her or you don’t and there’s no in between. The other characters in the show stand out too but not as much as her since Revy and Rock take on most of the assignments together or are attached in some way if one is assigned to the project. Some of the other characters stand out and may be favorites of other fans of the show but the show is pretty much about Rock and Revy.

I found myself hooked on the show from the start. Everything from the opening to ending were well crafted. The art style is reminiscent of shows like Parasyte, Gangsta, etc. The ones that give you a gritty feel just by the look of it but still clean. Fans of Revy will enjoy the opening and ending sequence since they’re solely her in them. If there’s a fault on the production side anywhere, I missed it because the show is just about perfect to me.

I’m putting this show near the top of my recommendations. It’s a very good gateway anime for someone into action. There can be some heady moments but not too many. Even when they have moments that involve a lot of dialogue, something is happening or it’s leading you to the next action sequence so there won’t be many times where you’re just waiting for the action, it’ll be there.