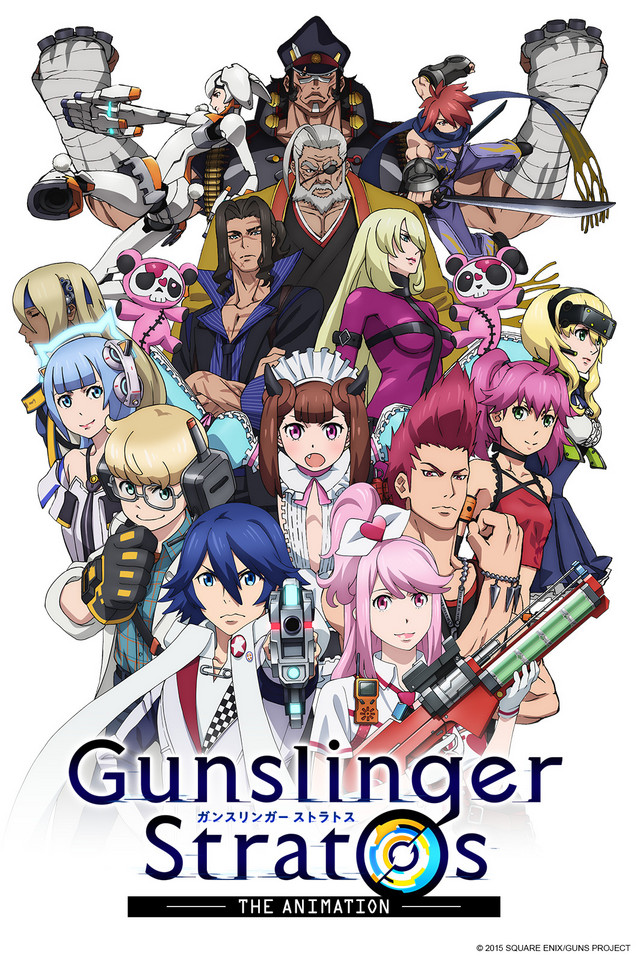 The story of Gunslinger Stratos revolves around a group of gunslingers, well 2 groups to be precise since there are 2 universes and they each have a doppleganger in the other universe. The 2 universes are Frontier S and the 17th Far East Imperial City Management District. Frontier S is an outlaw universe where it’s basically every man for himself. The 17th Far East is a totalitarian universe with no freedom and is under constant surveillance.  An issue is causing the universes to collapse into each other and the governments from each side sends in their team back to 2015, thinking that taking out the team from the other side will stop the impending destruction.

You don’t get a lot of background on the characters since they’re thrown into the war right away. You do learn a little about them but not much. Dealing with dual universes you get what can be seen as a good and evil side for each character or good and less good but they’re usually both sides of each character except one or two who have already been  ‘eliminated’ in whatever way.

Gunslinger Stratos is pretty much like any show from the same genre. It doesn’t have anything that stands out about it. The art is good, the music is okay, the plot works well for the show. But there isn’t anything that really stands out.

When I watched the first episode I was really into it but as time went on it got kind of ordinary. At least in my eyes. It did have action and all that but something seemed lacking. Maybe it was the characters. These type of shows usually has 1 or 2 characters who you kind of connect with or root for and for me, this just wasn’t there. Maybe it’s just me, I don’t know…It’s not a bad show but it just didn’t connect for me.