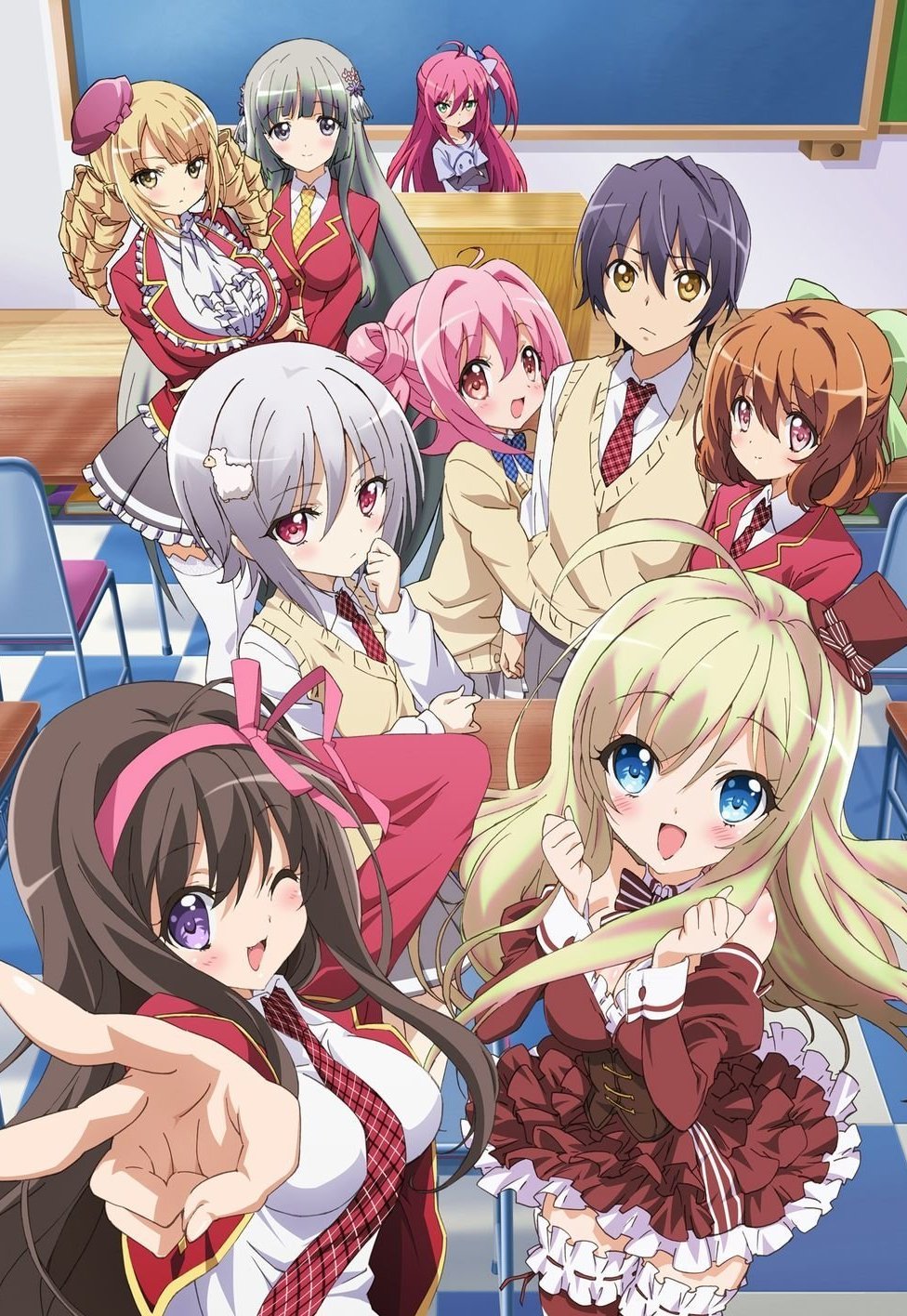 The premise of the show is a unique one. Well unique at the time but others have probably tried something similar. Kanade Amakusa is a high school student who is suffering from a curse called “Absolute Choices”. The curse forces him to choose from 2 or 3 options and he has no control over where or when it occurs.  Due to this, Kanade has a bad reputation with his classmates since the curse usually has him do weird or perverse things.

One day when Kanade is walking home from school, he gets hit with an Absolute Choice and the choice he picks causes a beautiful teenage girl to fall from the sky. What Kanada learns about the girl is that she is sent to help him with his mission to cure his curse. Though there is a problem with that, she doesn’t remember anything. Kanade must help her to regain her memory and figure out how to cure the Absolute Choice curse.

The characters aren’t much different from any other harem anime unfortunately. Not to say they’re bad characters but sometimes you’ll be sitting there knowing exactly what’s going to come next. The only one who is truly different is Chocolat. This is the name that is given to the girl who falls from the sky. At times she’s cure and sweet and other times she’s a pain. But she is the main focus of the show. This scene with her has to be one of the funniest scenes I have seen in a looooong time.

Noucome doesn’t really have anything that stands out about it. The music is okay for the show. The art is okay for the show. The characters are okay too, well except the loli principal but that’s my own personal thing against lolicon-bait. I hate to call something average but everything about the show is just “okay.” I liked the actual premise though, not how it was used but the premise itself.

The show is really just a run of the mill harem comedy. It ha some funny moments but then there are others where you’re sitting there thinking “I bet this happens next.” and it does. If you have time to kill then check it out. It’s only 10 episodes long so it’s not like it would take very long to get through it.