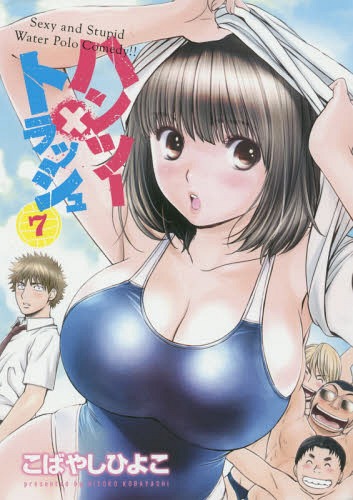 Hantsu x Trash also known as Sexy and Stupid Water Polo Comedy is a manga that has a decent amount of material but all it ended up with is a 10 minute OVA.

The story behind Hantsu x Trash is about a high school freshman Hamaji Youhei who leads an aimless life. He doesn’t keep up in school, he’s not good at sports and doesn’t stick to anything very long. He’s just an average hormonal driven teenager with no outlet. A sophomore friend comes along and convinces him to join the Water Polo Club where he can lunge at girls and touch them all he wants and this is where the OVA kicks in.

There really isn’t much I can say about the OVA since they really didn’t put much into it. They just made it look like a fan service ecchi comedy with no substance. Not that there is much that you can do in 10 minutes but at least it looks good?

I can’t recommend it but if you just want a quick ecchi romp then here it is.