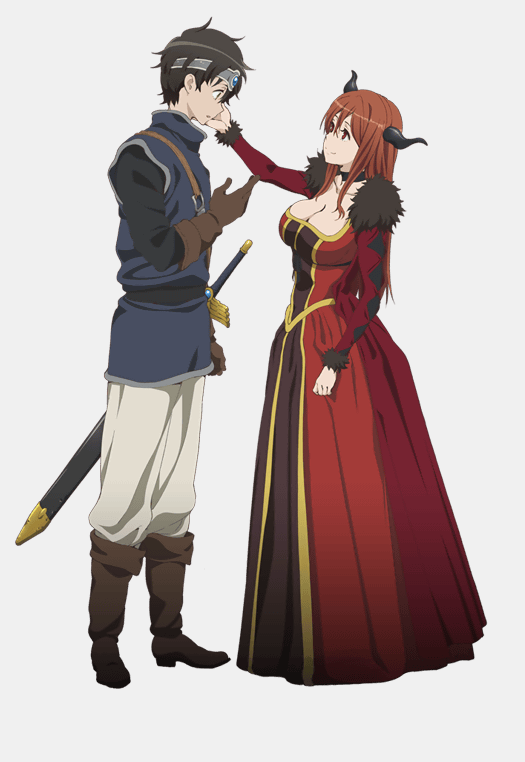 Heroes slaying Demon Kings go hand in hand when it comes to anime and that’s exactly where this anime starts off. So a hero is sent to the demon realm to slay the Demon King and what he encounters is definitely not what he was expected. He runs into a buxom beauty claiming to be the Demon King. They go back and forth since he has a problem believing that she is the one everyone is afraid of. Instead of an epic battle, she engages him in conversation about how war does not benefit either way. This leads them down a path that neither one could have imagined.

The two main characters are an interesting pairing of sorts. Let’s take Hero (that’s his name). He’s not much different than any other protagonist teenager in terms of being slow when it comes to females but he is a powerful fighter. Most of the characters don’t have something like that in their arsenal. They’re usually meek in all forms but have common sense and/or some intelligence…usually. Hero on the other hand is not too bright. Demon King has the unfortunate luck of being womanly? Can’t think of a better word at the moment. She’s not your usual toothpick looking anime chick who would get blown over by a strong wind but she’s more like an average female. Whether it’s jealousy or something else, she has people saying she has “useless flesh” which usually refers to her breasts but it is also used to just call her fat without calling her that. Like Holo in Spice and Wolf, she has a lot of knowledge in her about trades, etc but physically she is her polar opposite.

The show is of average production, nothing that stands out too much, nothing that has you running for the hills. They use terms from the period that are well suited and also use a simplistic naming algorithm (I know, genius level words there) for characters. Hero, Demon King, Female Knight, Winter King. Back in those times that is how a lot of people were named unless you became familiar with them. One thing that was just something that personally irked me was the title of the next shows. They would have the name of the next episode at the end of the show and then you would know what’s going to happen. That was awkward as hell since there was no suspense.

This show definitely felt a lot like Spice and Wolf. Not many shows will go more into the economic side of things, especially based in medieval like times. I’m a fan of history and economics in some cases so this show was definitely one that would catch my interest. It’s a nice little show that only runs 12 episodes. Not what I expected at all but I enjoyed it even the weird ending.