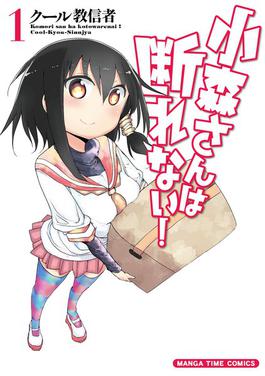 A lot of you will be familiar with Shuri from her anime this past season. It was a short show at only about 2 minutes but it was a good introduction to Shuri and her friends. You’ll see that the anime came directly from the source material. Since it’s a 4koma, they extend situations to fit on the big screen but sometimes it was like watching the show again.

Shuri is a junior high school girl who can’t refuse any request no matter what it is. You wouldn’t be able to tell she’s young since she’s well developed compared to the others, she looks more like a teacher than their friend. But she is an innocent girl who just likes helping people. If anyone needs something, they go to Shuri. It works in another way too. If someone says they want her to pass a test, one she’s normally have issues with, then she’ll do it.

You also get to meet Shuri’s friends like Ootanii who is a short boy who it seems like Shuri may like.  He wants to be relied on like she is and she gives him a chance once in a while to help her without saynig she’s helping. Ironically the ‘Ko’ in Komori means small and the ‘Oo’ in Ootani means big. Then you have the 2 who are always with her, Megumi and Negishi. They don’t take advantage of her like the others do at times. They even try to get her to help less than she does though Megumi never does her homework and tries to get Shuri to help her out.

Cools says he wants to continue Shuri’s adventures through high school, college and alternate universes. Not sure if he’s serious about the last part but the humor manages to carry from beginning to end so maybe he can do it and keep it fresh too. So far it’s holding up well and judging from his other work I could see it happening. It’s a fun gag manga not meant to be anything more than that.