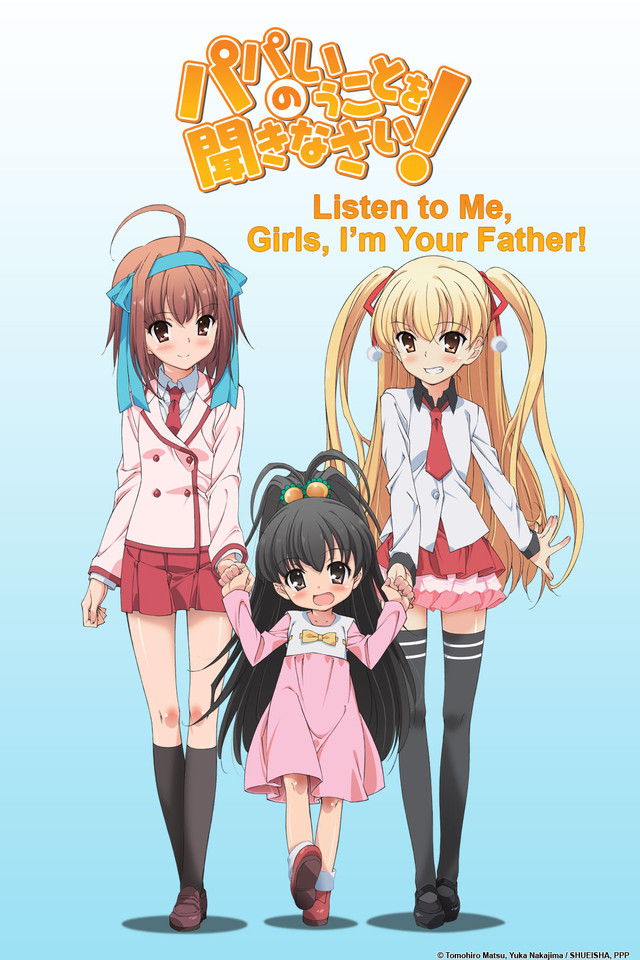 The show is about Yuuta, a first year college student. Yuuta has an older sister Yuri and they were orphaned as children. Yuri took it upon herself to raise him on her own at that point. Now years later, Yuri is married and Yuuta is asked to babysit her daughter Hina and two step daughters Sora and Miu while her and her husband go on a trip. The plane that Yuri and her husband are on crashes and they’re presumed dead. Now Yuuta has 3 young girls that he has to take care until one day, the same scene from his childhood occurs, where the older members of the family try to separate the girls but Yuuta fights to keep them together. What is Yuuta to do, now that he’s a college student and has his 3 nieces to take care of in his tiny apartment?

Yuuta and his nieces are the main focus of the show but he does encounter a few people at school who also become major players like Raika, Sako and Numira. Numira seems to be his best friend or one of them anyway. Sako is a character I could live without. He’s a pedophile (lolicon) and has to be kept away from the kids at most times. Raika is a woman who has an issue showing feelings but she takes a liking to the kids and helps out. She’s pretty damned funny when she’s on the screen. The 3 of them are people he met at school.

The show is typical for slice of life comedy shows. Everything about the show is nicely done for what it is. Nothing is overdone, nothing is underdone to the point of taking away from the show. There is just one issue I have with the show but I have this problem with all the lolicon stuff. The girls are kind of sexualized in this show and it doesn’t take away from the show but come on. They even have an old man pervert in the show.

This is one of my favorite shows. Just a nice, sweet little comedy with a bit of romance. It will always be at the top of my recommendation list. It has emotion, it has humor and it’s just a nice wholesome show without all the extra crap.