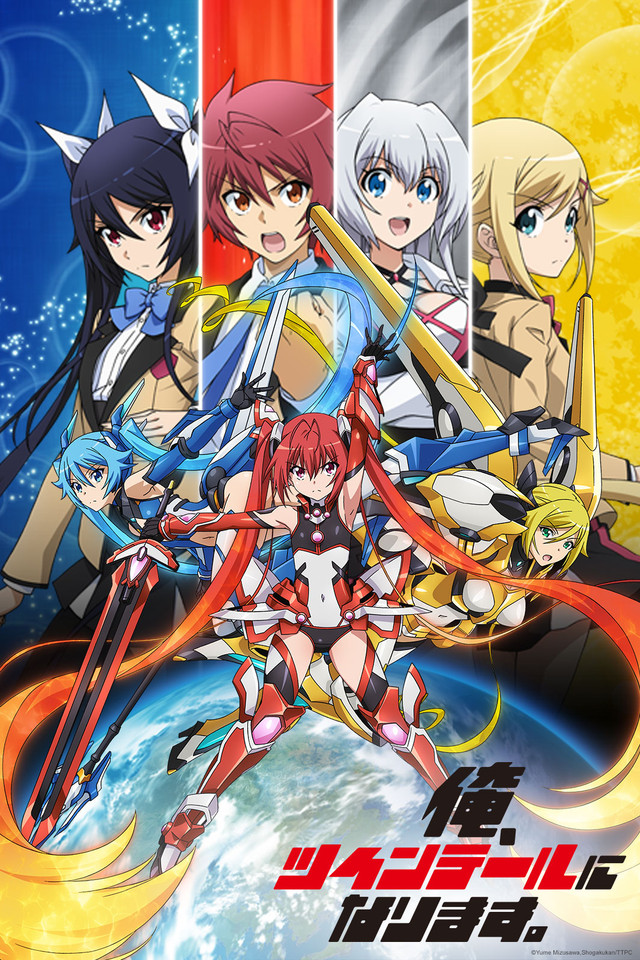 Twin tails, a hairstyle that you don’t see too often but has it’s positives along with negatives like any hairstyle but for a teenager named Souji, there are no negatives. He loves the twin tailed hairstyle above everything else. He evens goes as far as to try to start a twin tail club at school. Then one day, monsters with deep perversions invade the planet to claim all the twin tails and other attributes for themselves. Thanks to a perverted scientist named Twoearle (pronounced Twirl), Souji has the power to fight them but he has to do it as a transforming twin tailed loli.

There’s nothing about the show that’s new or groundbreaking. It’s pretty much just a standard haremy, goofy comedy show with decent art and music. The show reminds me of an animated Power Rangers. I never watched that show but the commercials kind of tell it all and it does remind me of those commercials except for the perverted scientist.

This is just a goofy comedy which has a few funny moments and some that are supposed to be funny but miss the mark by a lot. It’s not one I’d recommend to anyone but if you need something to take up some time then this fits the bill as a time filler.[yasr_overall_rating]