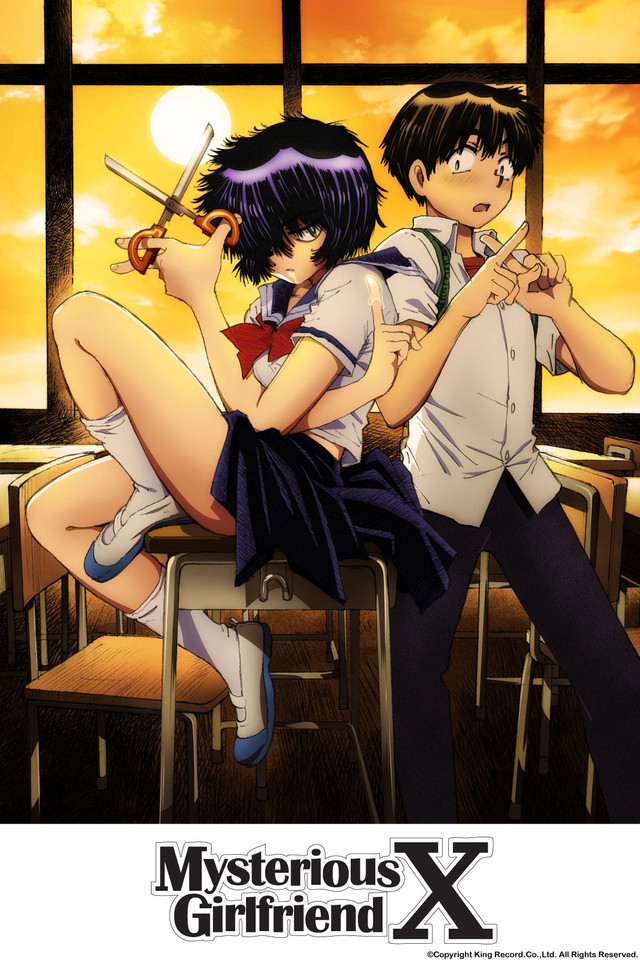 Mysterious Girlfriend X… I’m honestly at a loss here. It’s not the worst that I’ve seen but wow, this one really was hard to get through.

I don’t like to kill plots for people or give spoilers, it’s a review not a book report on the show, but in this case it’s really the basis for the whole show. The show revolves around one central theme. Drool, tasting drool, giving drool, desiring drool. It’s really just…bleh.

Tsubaki, the main protagonist, seems like an ordinary kid until a new mystery girl transfers into his school. She is just a strange character from the very beginning but has everyone’s attention, especially Tsubaki. When class ended one day, Tsubaki found himself with her in the classroom. She was face down on her desk, drooling. This is where we find that he has an obsession with drool, he wakes her up and when she isn’t looking, he tastes her drool on the desk.

From there, they go on to have an awkward teenage romance based on his desire for her drool. She calls it being ‘lovesick’, lovesick from her drool. Unfortunately for Tsubaki and Urabe, their characters are just not working here. Tsubaki is one of your typical wimpy kids who doesn’t know what to do. Urabe is a tsundere but not the one of the ones that you end up liking in the end, she’s just an emo chick until the very end of the show. The rest of the characters are basically forgettable, the show is mainly about these two and the others are more like decorations than full characters.

At least the art is decent and the music works but the storyline is just not very strong. Typical teenagers, jealousy and all that are here but not in a way that makes it an endearing tale. It all ends up going back to one thing, the drool. Yeah, I just can’t get past the drool part.

Of course this is just my opinion, you may be into licking someone’s drool or don’t find it as revolting as I do so I’ll leave that up to you. As for me, this is one I will not ever recommend, not even if you’re bored and it’s the only thing on TV.