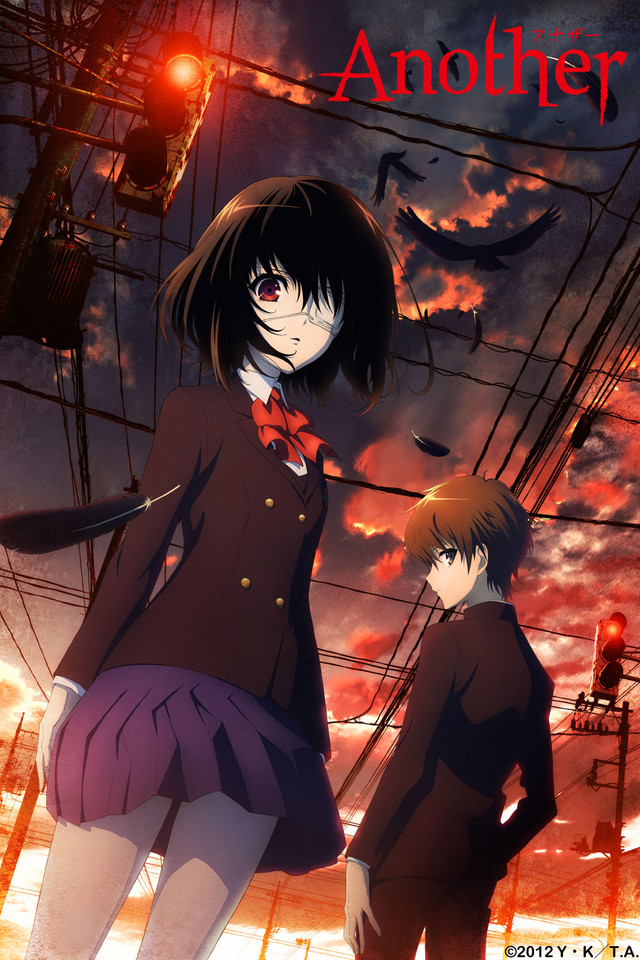 The story starts in 1972, when a student named Misaki died in the middle of the year. Misaki was part of Yomiyama North Middle School’s class 3-3. Being devastated by the loss, the students and teachers acted as if Misaki was still alive which lead to him mysteriously being in the class picture.

Fast forward to 1998, we meet Koichi Sakakibara, a new transfer into class 3-3. Koichi meets some of his classmates while he is in the hospital who seem wary about his presence. He also meets a girl named Mei Misaki, a student who the other students and even the teachers ignore as if she doesn’t exist. Koichi refuses to ignore her though.

The class is soon caught in a supernatural phenomenon where students and their families are beginning to die in mysterious ways. They realize that these are not ordinary deaths but something else, maybe even a curse that may be related to the Misaki of 1972’s class. Koichi and Mei take it upon themselves to discover the cause of the mysterious deaths and trying to find a way to stop them before it takes the lives of everyone around them and also their own.

In Another. you get SOME character development but not a lot due to 12 episodes and how many characters there are. You’re dealing with a whole class of 24 students plus 3 or 4 teachers and grandparents and an aunt. This is where the 12 episode show suffers because you can’t develop characters fully but they do a decent job for what they had to work with. Luckily Koichi carried most of the main protagonist dialogue because it is hard to carry a show with a dandere as a lead. I can’t hold it against them since there isn’t much time to develop characters in 12 episodes but they did a decent job in giving them personalities where they could.

Another is a show that is worth seeing if you’re into psychological, thriller, suspense type shows. I wish Japan wasn’t so obsessed with moe stuff and would release more stuff like this. Another is definitely one you should check out.