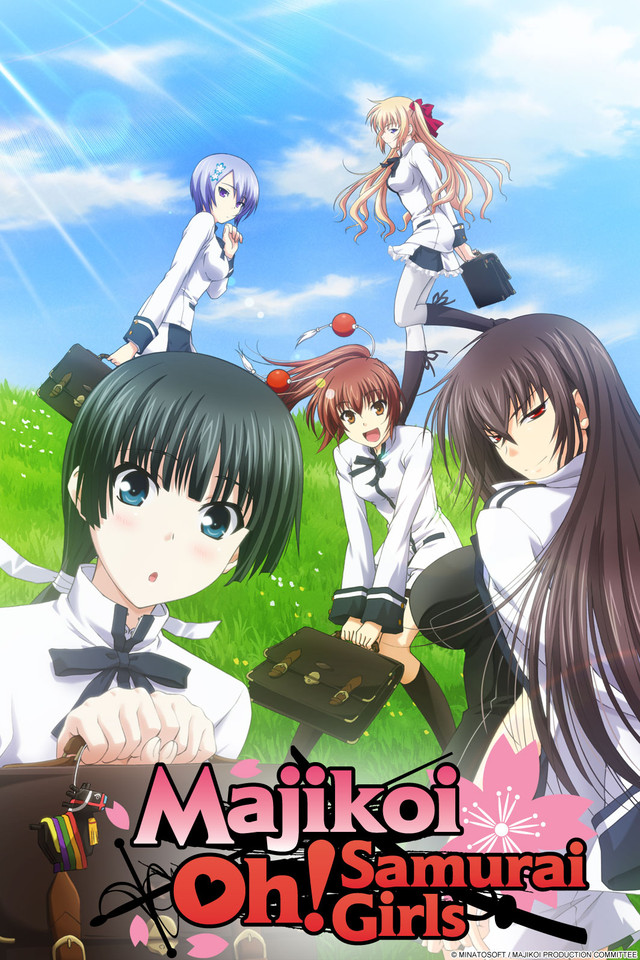 Majikoi ~ Oh! Samurai Girls not to be confused with Hyakka Ryōran: Samurai Girls, starts off in a blaze. If you were looking for action then the first episode alone would be enough to get you hooked. You’re dropped into the middle of a huge battle. The Kawakimi Academy is a school steeped in samurai history and they’re having a match. You have everything in this battle including overhyped introductions where someone jumps in, gets a full screen shot and says their name real loud, you get a lot of fighting, introductions to the main players and more. It’s a very battle centric first episode.

Unfortunately that’s where this kind of action stops for a while. The next 6 episodes are character based and shows some of their background in relation to the main character Yamato. That’s not to say there isn’t more action in the series but this show is more about the ecchi than anything else. A lot of people are bothered by ecchi, I’m not if it’s not a major part of the show but here it’s on open display and useless filler. There is a plot in this show but it gets pushed to the side for the most part.

It’s a harem show, some comedy and all that mixed in too and they just did a bad job of HOW they executed it. In the end, the main plot gets about 2-3 episodes towards the end. If this show was going to get a second season then you could spread out those filler episodes but the show was more to sell the visual novel than to be an actual show.

The characters are okay but no one really stands out except Momoyo and in some cases that’s good, in others it’s bad. She isn’t a strong secondary character until close to the end of the show. The main character Yamato is all over the show and he’s a decent character even with his perversion issues. The show does a good job of focusing on him but for the wrong reasons.

The story is weak, the art has break downs if you look closely but the music works well. The show is okay but I wouldn’t recommend it to anyone. Those filler episodes are a killer and will make people turn away. It’s almost as bad as the Endless Eight episodes in Haruhi Suzumiya. If you’re bored and have nothing to do then check it out, otherwise pass on it.