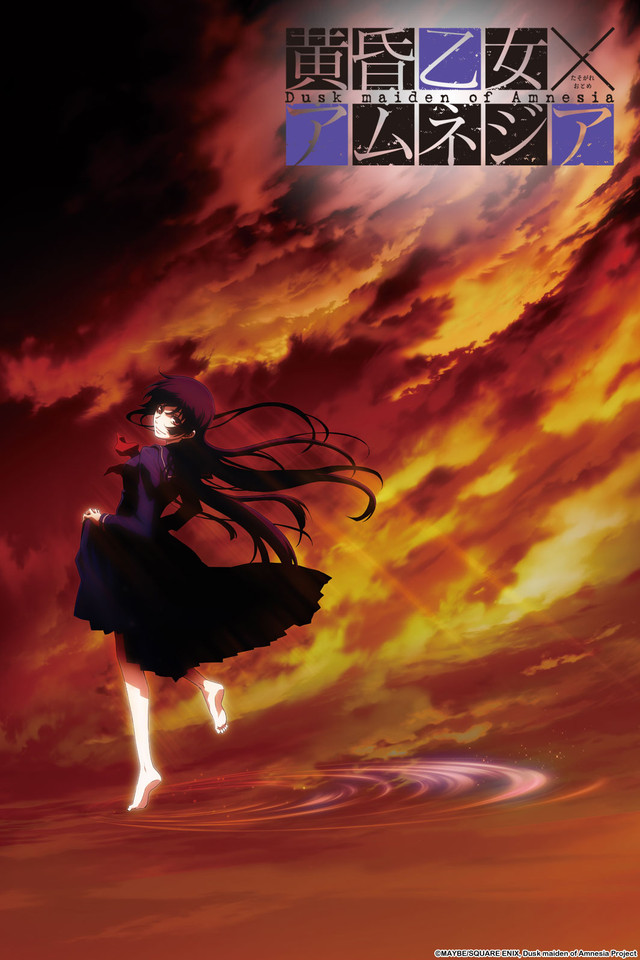 Dusk Maiden of Amnesia is a show that was recommended to me by someone and I’m glad she did because this is one of my favorites. The story revolves around a middle school student name Teiichi Niiya. He’s a student at Seikyou Private Academy, where one day Teiichi gets lost in one of the school’s old buildings in which he meets a girl name Yuuko Kanoe.

Yuuko Kanoe reveals herself to be a ghost with no memories. Teiichi decides to help her investigate her death by going through the mysteries of the school which all seem to revolve around her. The paranormal club that Teiichi is a part of, was started by Yuuko for this purpose . The two of them try to discover the truth behind her death even though the truth may have unwanted consequences.

The main cast of characters in this show are strong. Teiichi and Yuuko’s interactions are great. Even though it’s a thriller/mystery type show, it’s still a love story too and I thought the two of them pulled off that fact perfectly. In a lot of shows you can see some big faults in the interaction of characters or you’re left wanting more from them but Yuuko and Teiichi are just about perfect. The two support characters are funny at times but also help to carry the story along, they aren’t just there for comic relief. One of the support characters is actually Yuuko’s distant relative so she’s essential to the plot.

I loved the art in this show, everything was detailed and precise. You didn’t have those scenes where if you look closely, you can see faults. The music was perfect and the opening and ending scenes with Yuuko singing along with the song were great. They really set the mood for the show. I’m guilty of fast forwarding through that stuff but for this show, I watched it every time.

I wish they would find more of the suspense/thriller/mystery genres. These seem to be the ones they usually get right. The attention to detail, the character development, the progression, the atmosphere, everything is done well. In this one, they even managed to add some comedic value without pulling down the rest of the show. I’m hoping they figure out a way to bring a season 2. Of course this is my opinion and I could be wrong but check it out and feel free to let me know what you think.