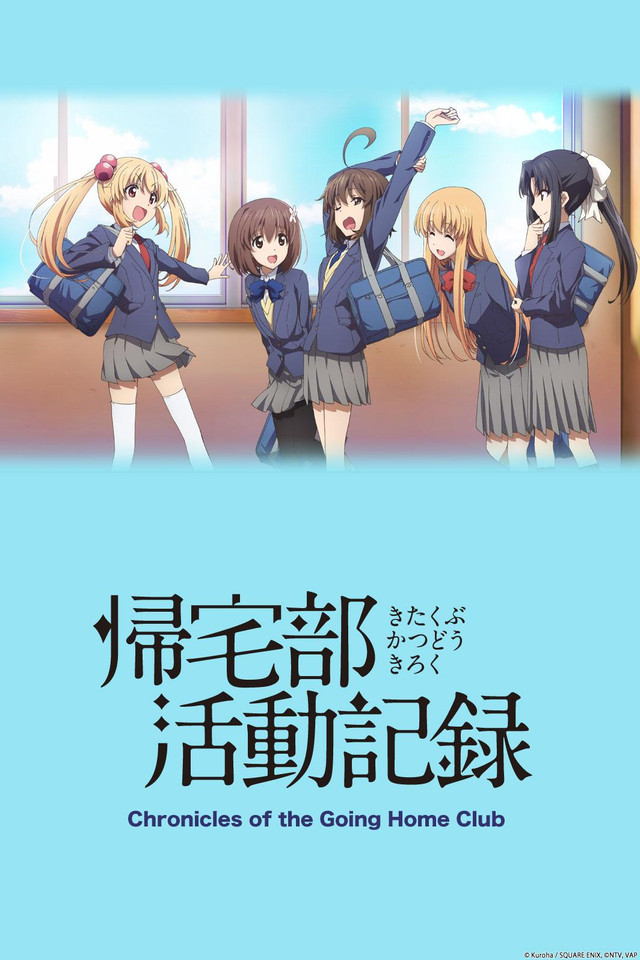 This is one that I picked up from people saying it was a good show. I saw comparisons to D-Frag! and others so I thought I should try it out.

Chronicles of the Going Home Club is just absolute silliness. Don’t go into this one looking for a plot, a mission or anything like that. The whole purpose of the show is actually in the name. It’s the Going Home Club except they don’t go home. They stay after school to have as much fun as possible and have conversations and interactions that range from playing cards like their lives depended on it, fighting game references, playing up tropes and talking about them in breaking the 4th wall fashion and more.

Natsuki is the straight man here. It seems like she doesn’t get the jokes or she is there to be the foil. Like in the last episode they start playing the ending music near the beginning and she scream for them to not play the music yet. You have Claire who is a rich girl with no concept of the real world, learning about the world is why she enrolled in the school. You have Botan who is a martial artist and almost everything she says is martial arts related. Plus the other members who also have their own distinct personality.

The show mostly takes place in their club room so you don’t see too much in terms of art. They do have backgrounds for some of the wacky stuff they do though. When I say wacky, I mean it. There are Yugi-Oh references, they talk about jokes and how they should be framed, Claire has a DragonBallZ scouter, there’s a line “she attacked without waiting for his explanation of his move”, they talk about how to do a final episode and many more wacky things.

The show isn’t for everyone but if you want something that is over the top and full of otaku references then this is your show. The silliness and references will have you laughing, even if you don’t know some of the references, they should be easy to pick up on.