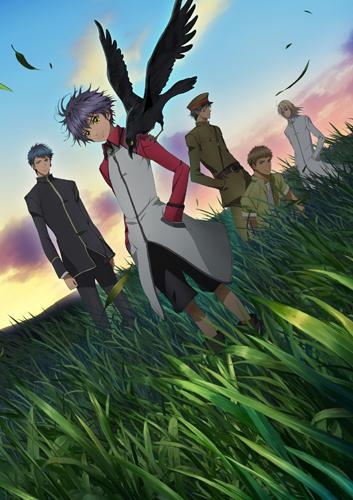 Hakkenden is a show I picked on Crunchyroll because they made it sound like there would be action and asses getting kicked or a review somewhere did. Either way, someone from somewhere made me think good things. How did I feel about the show? Well, keep reading.

The 1st season is more about introductions than anything else. Also, the 1st season is very dialogue heavy. Shino is in possession of the demon blade known as Murasame and the church wants it. They take someone important to him and he starts on a quest to save her. Along the way they will meet other characters who he shares a bond with, which they learn later. Don’t get it confused with one of those shows where the guy has to save the girl because that’s not what this is.

The 2nd season is where you get more action and more interactions, much less of the dialogue heavy stuff that you got with the 1st season. There’s a lot of exploration and growth in this season. Shino is sent by the church, on a quest to find bead holders. What these beads are, he doesn’t know but he plans to find out. The beads and some hints of a past association are the main thing driving the 2nd season.

Shino is the only character who gets to truly show growth, this is an area where the show lacks. Character development is a big part of these type of shows and they missed the boat. There is some development for characters but not a lot because they have to concentrate more on all the dialogue and quests.

The show is truly polished though, art, music and everything else is top notch. Definitely some spiritual/religious type tones in the show but nothing that will turn you away as being too over the top. The BL looks of the show are a bit much for me but someone has to like it right? Or was it done to try to get female attention? Who knows but there’s some glitteriness.

In the end, it’s not a bad show. Way too much sparkling and looking like BL stuff for my taste though. Besides that the show is decent and once you get past the first season of intros, you get a lot more action and less dialogue. This is definitely set up for a 3rd season so we’ll see what happens there. I just hope they leave out some of the BL looking stuff.