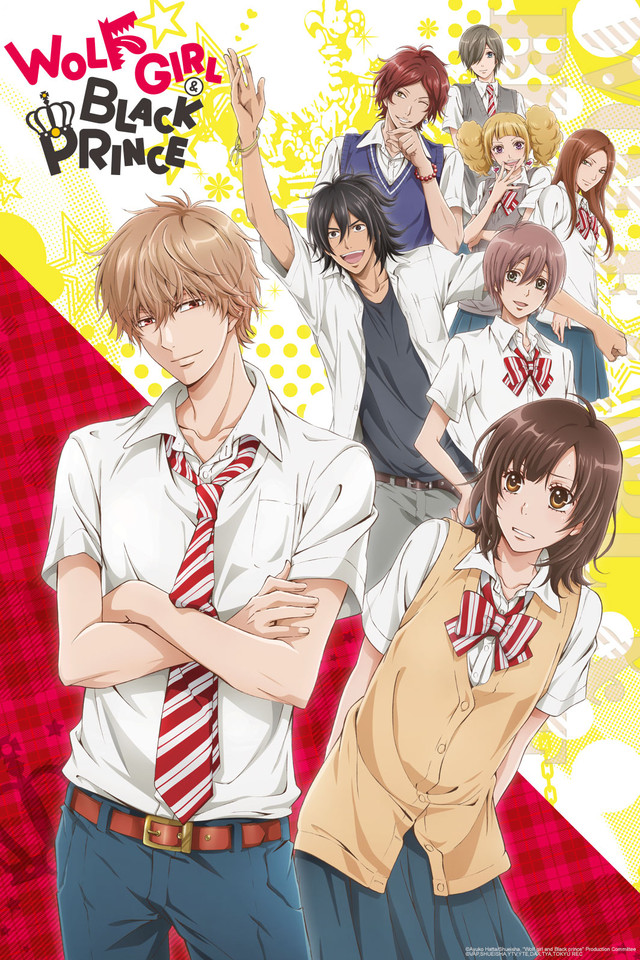 Wolf Girl and Black Prince sounded like it might be something like an adventure or something, that was before I saw the pictures and the preview. It turned out to be a nice little slice of life show though.

Erika is a sweet teenage girl who hangs out with some bitchy girls who always talk about their boyfriends. So Erika thought she had to make up a boyfriend and lucky for her, she had a picture on her phone. What she didn’t know is that he actually goes to her school and now she has to make him her boyfriend or risk ridicule by her “friends”.

Erika seems like a typical high school girl who is nice, quiet and keeps to hersel for the most part. Sata though is a pretty boy with some darkness in him. He is the reason that Erika becomes Wolf Girl. There are supporting characters who do get some decent air time but the show is focused on the relationship or lack thereof between Erika and Sata.

In the end, this turns out to be a decent show. I wasn’t expecting much after the first few episodes but eventually the characters hooked me in. Everything about the show is done well and it’s wrapped up with a bow at the end. No guessing or wondering when season 2 is coming. Of course you may want to see a season 2 but they don’t leave you hanging on a cliff like a lot of shows do these days.