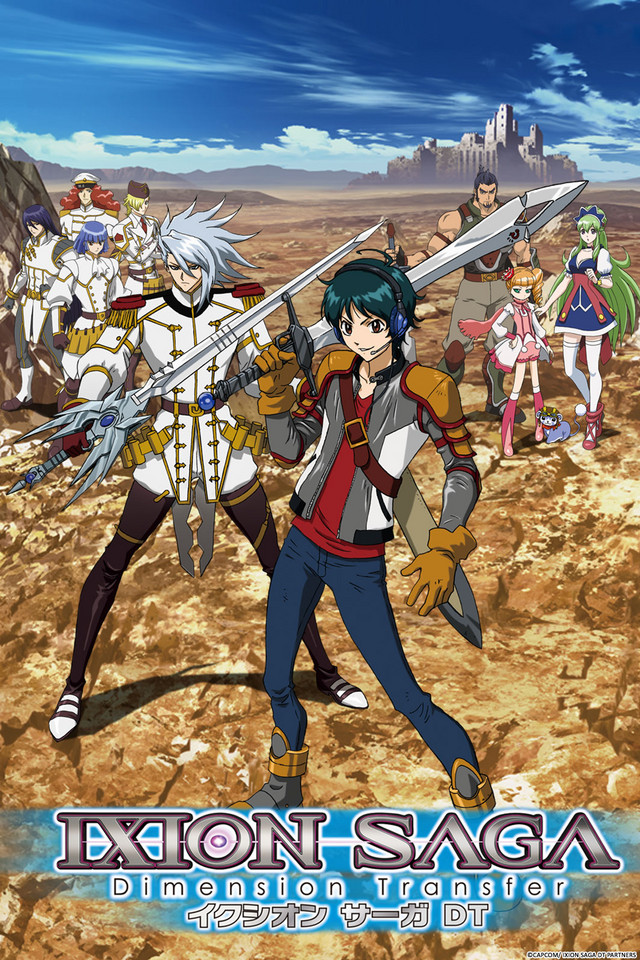 Ixion Saga Dimensional Transfer or Ixion Saga DT is a show that seemed like it would be a decent show. Swords usually make everything better right? This show is based on a game by Capcom, one that I haven’t played so I can’t really comment on the game.

One day Kon is playing an MMORPG and a female character makes a request but this wasn’t an ordinary request as he thought. He thought he found himself a girlfriend but what he found was himself being transported to another world where he ends up saving a princess by accident. 70-357 dumps Since Kon has no idea how he got there or how to get back, he tags along with the princess and her honor guard to see if he can find his way back.Kon gets stuck with the nickname “DT” by accident (short for “dōtei” in Japanese, or slang for a male virgin) but he is just your run of the mill NEET so don’t expect much from him but the cast of characters he’s with is a little odd. A big burly swordsman, a transsexual maid and the tsundere loli princess. They people they he saved the princess from are a militant faction known as ED (yes it does stand for what you’re thinking). It would seem like that faction has a lot of BL going on but pay attention to what happens later on, it’s not that. There is just a lot of odd things going on with them but you have to see it yourself.

The art, music and everything are standard fare for this type of show. The plot runs how a plot normally would in these type of shows but they do give it a twist here and there to keep it different. 98-349 dumps You have a few subplots to follow too so it’s not just a guy trying to find his way back home.

Ixion Saga does not break new ground unless you count a transsexual maid, can’t think of another transsexual in anime but I’m sure there are some that I may not have discovered yet. I’m going to say it ranks above the bland shows but not enough to make it a must watch. It’s passable.