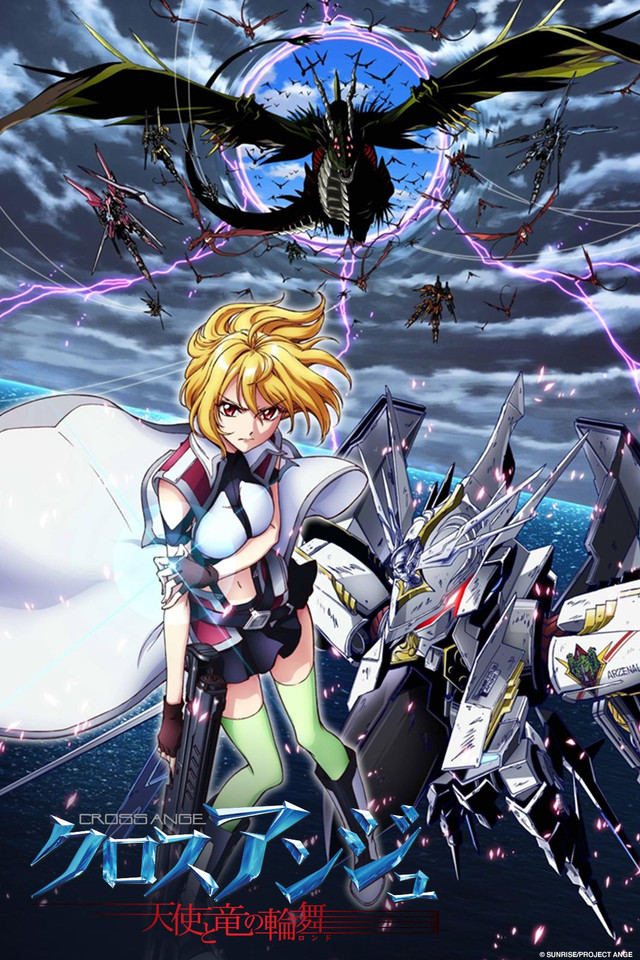 Cross Ange’s subtitle had Dragons in it so I had to check it out. There really are dragons too, lots of them. Nice.

Angelise is a princess who lives in a world with people who use Mana and those who don’t. Mana is the reason there is no war or pollution or so they’re lead to believe. Those who can’t use Mana are known as “Normas”. Those who use Mana don’t question it, they’ve been brainwashed to treat Normas as something less than human. While Normas basically live oppressed and are shipped to a place named Arzenal which is a prison for them, if they are found to lack the ability to use Mana.

Little did Angelise know that there is a secret being kept from her. While she was convinced that exterminating the Normas was a good thing, she was exposed as being a Norma by her brother who was in line to become king. She never knew because she had a maid and others who used Mana for her, she never actually had to try to use Mana herself. In the blink of an eye, she became the target of hate by the people of her kingdom. With this, Angelise is exiled to Arzenal and has to learn a new way of life, one that she struggles with and has to go through several trials and tribulations. If she doesn’t adjust, she won’t be able to save her kingdom and her new mission to unify the people.

Angelise is a very flawed character and I don’t mean flawed in the way of bad. She’s a princess who has to learn to live like a normal person, or even abnormal by their standards. She has to learn to be strong and overcome many hardships even if it means giving herself to someone. Her and the other women in this show shine unlike other shows based on women. In other shows, women are shown as being weak and needing to be rescued all the time but here you have strong women who kick some ass.

This show kind of brings you back to the time of Robotech, it has the look and feel of that show but obviously a much more mature theme going on. I’m loving the way that some of the newer anime is coming out looking like the shows from the 80s and 90s, well the better shows of that period anyway.

At the end of the day, I found myself really enjoying this show once it got past the first episode or two. The first two episodes are not bad in any way, they can just be a bit much to handle. I didn’t know that there would be some almost hardcore yuri action at all. It’s not listed as yuri anywhere and there is one scene that seemed rape-y which may get under the skin a little but it wasn’t too bad. Just a little warning that there may be a scene that can be rough to take. But there’s 25 episodes and it’s still one of the best shows in recent years.