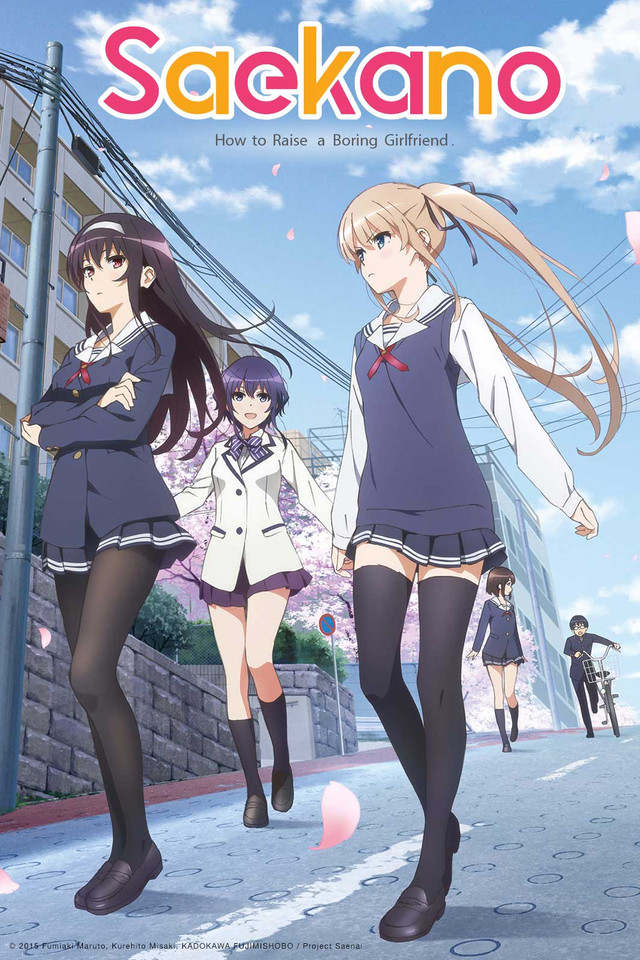 The title alone got my attention. I was sitting there thinking, how do you have a boring girlfriend. Obviously if she’s your girlfriend then she wouldn’t be boring, right? Isn’t that how it works? Well I guess there are some people who go for that kind of thing.

The main character, Tomoya works to fund his otaku lifestyle and during his spring vacation he comes across a girl who can be described as beautiful BUT there is one caveat, she’s lacks personality. The girl is actually a classmate, one who is hardly noticed by anyone. She’s nothing like his 2D girls from the visual novels and dating sims. Megumi has the look he’s seeking for a visual novel so he recruits her to be the “heroine” in the game. The show follows the adventure of Tomoya, Megumi, Eriri and Utaha as they come together to make a visual novel to show at Comiket.

Tomoya is one of those overbearing otaku types so it makes it hard to like him. Everyone has their quirks and all that but he is really overbearing. The other characters are a bit over the top but they follow some of the usual tropes, especially the tsunderes in the group. Megumi is just…not sure what to call her. She’s “boring” like the title says. She seems to have no personality so it’s kind of hard to give a read on her. I can’t even think of a character to compare her to.

All in all, it was a decent show and worth the watch. It does give a little insight into the comic/manga business from the artist side. There is one thing I didn’t like about the show and that’s the lack of a true ending. The way they ended the last episode, I was sitting there waiting for the next one to finish it off.