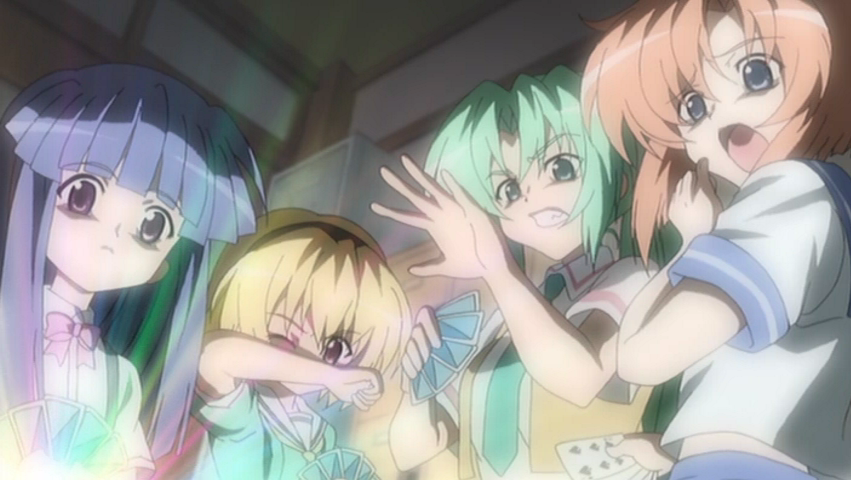 Before you run away in horror, there are no cats getting killed. You know the old saying “curiosity killed the cat”? It’s about killing curiosity not cats. The name of it is probably why this episode never came to the US.

This has the main characters playing cards as usual but the penalty game gets taken up a notch. instead of Keiichi wearing a girlie costume, EVERYONE is wearing something because they all lost in some form. As they parade through town they come to a fork in the road and take the path to an abandoned town. The ones who lived in Hinamizawa start telling stories that they knew about the town and that’s pretty much how things go for the whole episode.

This one goes with the first season, kind of like an OVA, it even uses the same music and theme. If you have 24 minutes to kill then watch it. Otherwise it’s passable. There really isn’t much more I can say without killing the whole show. It just doesn’t have the Higurashi feel without the murders.