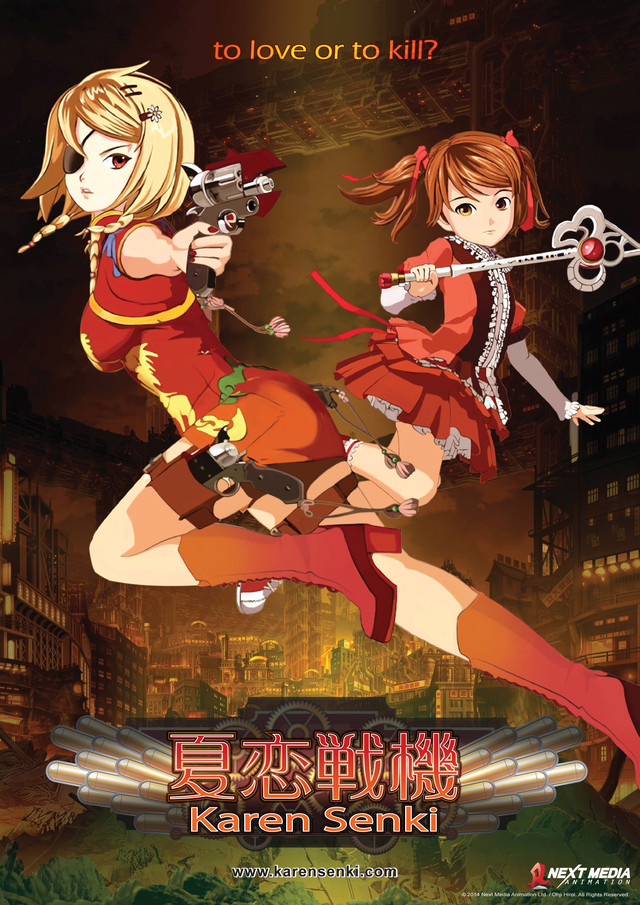 Karen Senki is a show I couldn’t avoid. For a while, Crunchyroll was playing the promo during almost every show. Since I couldn’t get away from the promo, I went to find it and watch it.

Karen Senki lives in a post-apocalyptic world where machines rule and they try to completely take over the world. Karen Senki’s motivation is the loss of her sister to the machines. As time goes on, Karen starts to grow cold and distant, like the machines, to numb the grief of her loss. The machine leader at the same time wants to learn what love is and how to be more human.

Karen’s war against the machines is a lonely one until she becomes the leader of a resistance group known as 11. With her allies, she starts her quest to take down the machines, while the machines are out to take her and her allies down.

The show uses all CGI and heavy doses of cel shading to give the world an even darker feel. Each episode does start off with a flashback which shows why specific characters have something against their enemy. I think it suffers from the same issue that Durarara does though with the flashbacks. It can get confusing to some people.

I liked Karen Senki but for some reason a lot of people didn’t.  Nonetheless, I liked the show and would watch it if they made it a full length show. Each episode is about 10 minutes so you’re not going to lose much time by giving it a try.