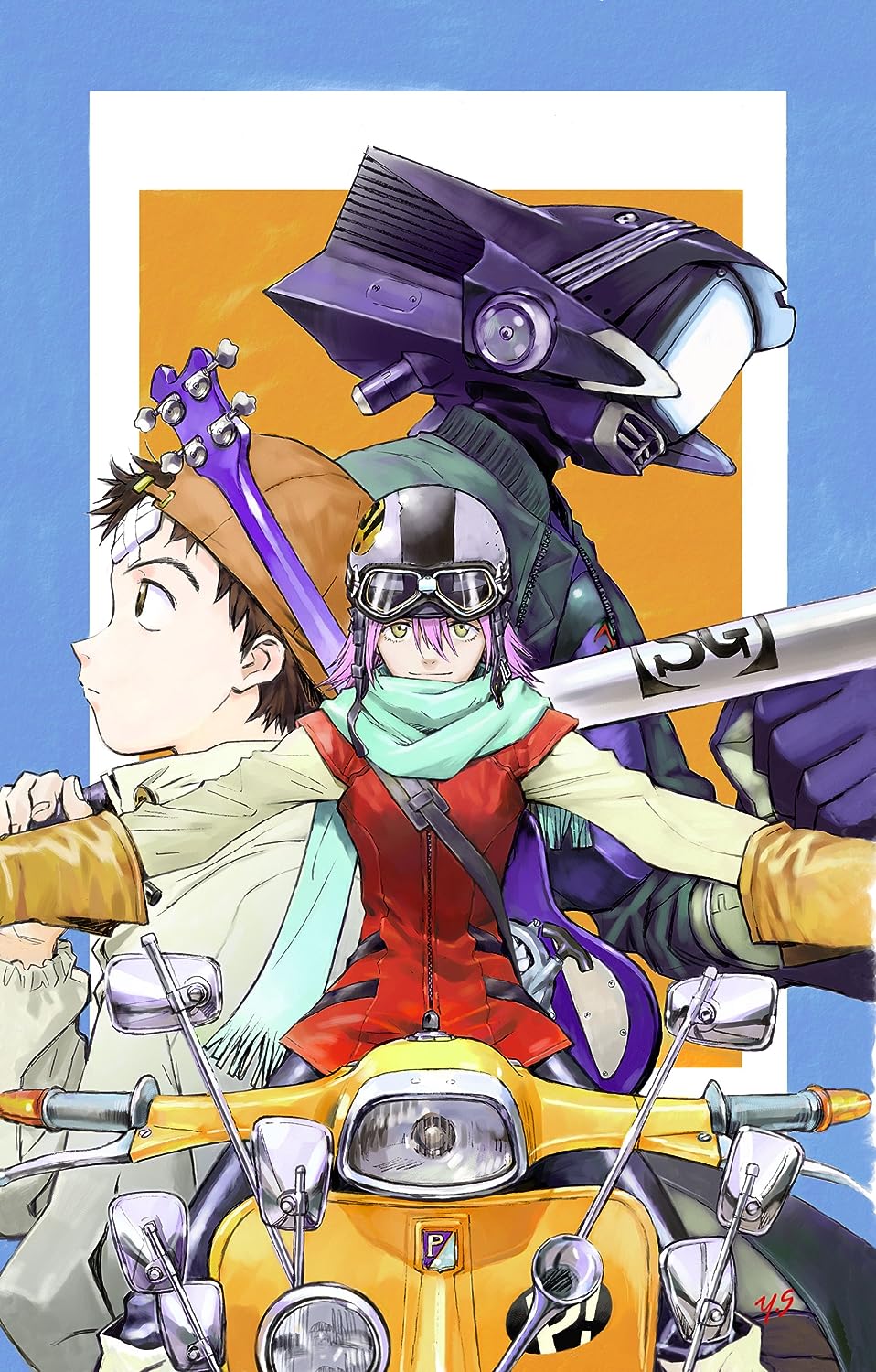 When I was doing my writeup on Photon, I checked my other writeups and didn’t realize I never did one for FLCL. I can think of several good reasons why I probably didn’t but we’ll get to that later.

FLCL is a 6 part OVA based around a kid in 6th grade who is the typical kid with hormones. Naota and his brother’s ex-girlfriend were fooling around when all of a sudden a crazy girl on a scooter runs him over and cracks him with a guitar. On top of that, the misery doesn’t end for Naota, this ill mannered girl who tried to give him brain damage, moved into his house. His slackass father acts like it’s just normal and okay for this to happen. The crazy one claims to be an alien and even moves into Naota’s bedroom, while putting him front and center into some secret agenda of a mega corporation. Sounds like it would be interesting right?

Well, the characters are useless sacks of crap. Most of them are stupid beyond belief. Half of the characters add nothing to the show and are just wasted space. This has to be the worst collection of characters in a show that I’ve seen in a long time. Soooooo unlikable.

I have to give them credit for the production work and music on the show. That part is pretty good given it’s age. It might even be able to stand up to some of today’s work if you’re going with charm and not who has the sharpest lines in their art. It’s very creative when you look at it visually but everything else about it is just bad. Even the plot could have been entertaining but someone dropped the ball and made it a mangled mess.

This show is bad, sorry but it is. I don’t see why so many people like it. The characters are as unlikable as you can get. It was a very hard watch. Production IG just bought the rights and there is the belief that they will do a remake. Can’t make it any worse can they? I honestly don’t think that’s possible. Sorry folks, I just don’t see it.