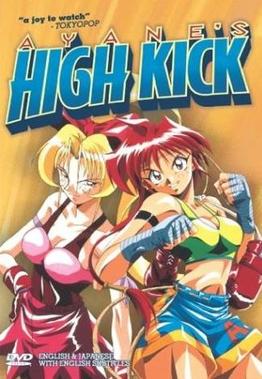 Ayane’s High Kick is about a 17 year old high school girl which wants to become a pro wrestler, like her idol Manami Toyota. She tries over and over to qualify but she keeps failing her audition chances.

A coach sees Ayane at an audition and invites her to his gym which really isn’t a gym. He has ulterior motives for her (no not THAT). But her desire to be a wrestler has her take him up on his offer to train her.

There isn’t much I can say about the show without blowing up the whole thing since there are only 2 episodes and it’s mostly her training and hiding her wrestling practice and everything else from her parents and the school administrators who will ban anyone caught doing extra curricular things for money even if it’s something athletic.

The show was decent for it’s time. If you watch it now, it’s horribly outdated. Unfortunately for the producer of the show, it didn’t get more than 2 episodes. It’s clear that more were planned but things don’t always pan out. It’s a decent little show but how can you truly grade it. I have to give it a 3 as is. I think if they got more time, it would have been a decent little series.