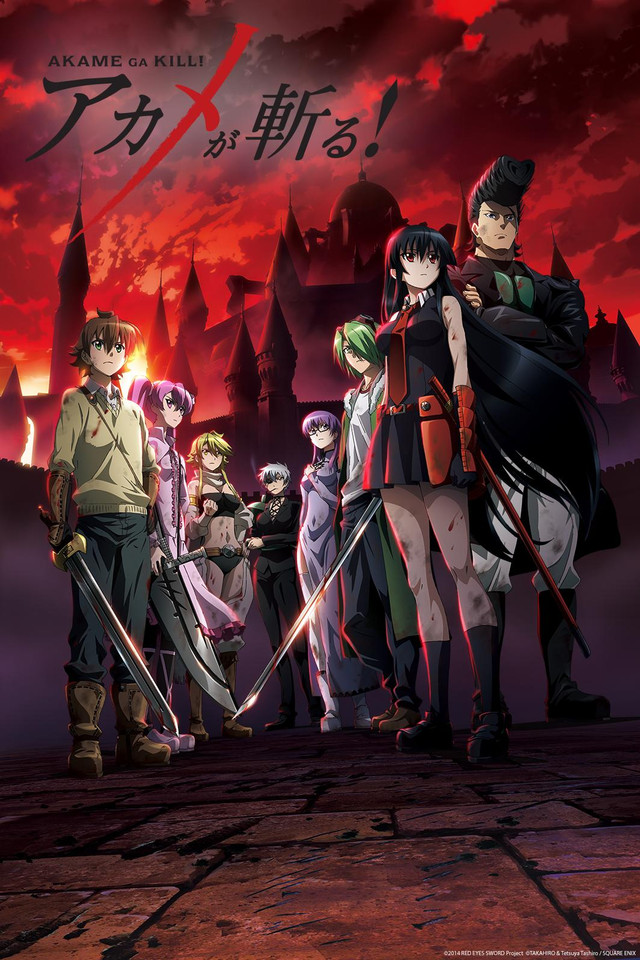 So a kid named Tatsumi goes into the Capitol to get a job in the army to try to save his village and he gets conned by a tall statuesque woman. With nothing left, he gets picked up on the side of the road by a girl from a rich family who SEEMS to take an interest in him, though he later learns that interest is a sinister one.

That’s just a prelude to the true story. Tatsumi gets to see, first hand, the death and corruption spreading through the land, starting with the family he is now staying with. This is where he meets a group of assassins named Night Raid and he is reunited with the woman who conned him, Leone. While he should be more upset over the situation, Leone saves his life and opens his eyes. She also drags him along to meet Night Raid and “recruits” him by force to help rid the Capitol of corruption.

The comedy in the show is really iffy. So much awkward timing or just weird places for jokes. If you’re hanging out with your friends or something, you might get away with those jokes but not when it’s a show that has a lot of killing. This is one of the biggest issues people have with the show. I didn’t but others do. Leone is probably the biggest abuser of corny jokes and one liners but she’s my favorite character so I can’t really say much about it. Some of the other characters are unbalanced which can make things a little awkward.

The art is reminiscent of what you’d see in these fantasy types shows. Seven Deadly Sins, Is It Wrong to Pickup Girls in a Dungeon? and others have similar art. The music is definitely fitting for the show too. While there is comedy, it’s much more action and fighting so you get something that is more uptempo. The show has decent pacing and doesn’t falter on the aesthetic side.

Akame ga Kill! is a show I can say I’d recommend if you’re into the fantasy adventure type shows. Don’t look at the name and think it’s related to Kill la Kill in any way because it’s not. It was added to Toonami’s lineup so if you haven’t seen it, that’s a place to check it out. The dub seems to have been done well from the few episodes I caught thanks to my DVR recording when it feels like it…