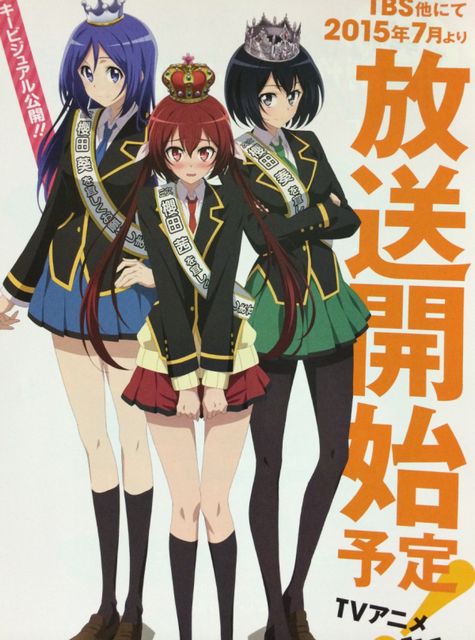 Castle Town Dandelion is about the Sakurada family. A royal family with 9 kids who are all vying for the crown. These aren’t your ordinary teenagers, each one has some type of special power which they use to help the citizens and also ensure their safety. While this is going on, there are 200 cameras in town to watch over the kids of the family and capture their lives on film, whether it be embarassing moments or them doing something to help someone.

You really don’t get to know many of the kids one on one because there’s so many that have to be in the show. You get to see their powers and you see the focus is on Akane for the most part. The other kids do get some airtime but no one gets as much as Akane, she’s pretty much the covergirl too.

Production on the show is okay for what the show is. The show has standard, ordinary art and music. There really isn’t anything that makes the show stand out. Most episodes are broken into 2-3 parts, focused on a different kid of the family. The comedy in the show doesn’t really hit very hard. I’m trying to think of even one line that stands out and I just can’t come up with anything.

I really don’t have too much to say about the show. It’s just an okay show with an okay ending.