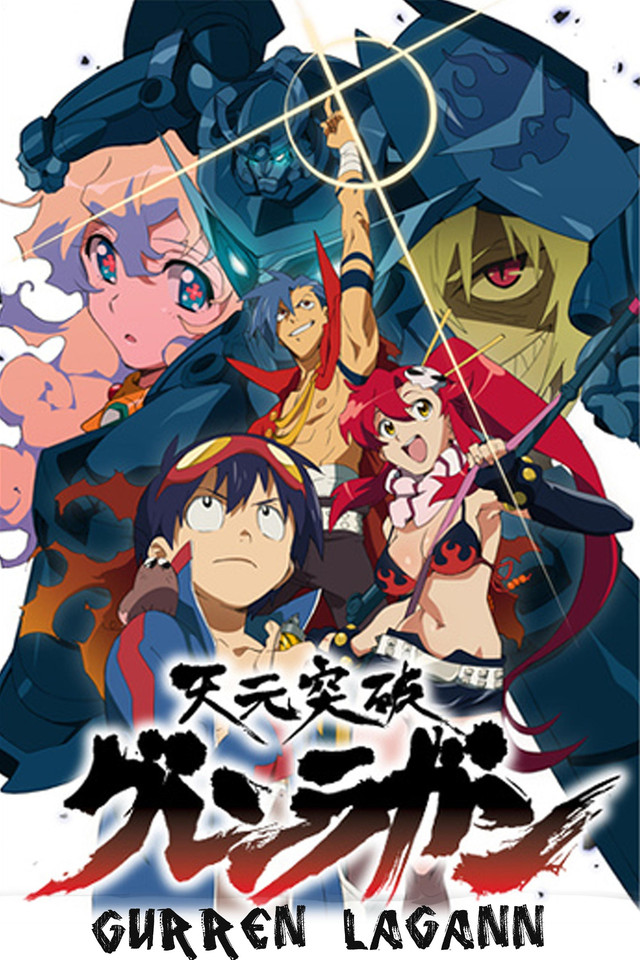 The story is about a far off future, one where mankind was pushed underground, living in caves and they don’t know about the world above, the sky, the stars and everything else.

There is a small village named Jiha where Simon works as a differ and discovers a strange glowing object during a work excavation. This object will be a precursor to some of the events that will be coming. Simon meets Kamina, a brash and passionate teenager and they form the Gurren Brigade. A brigade created to break through the cave ceiling and see the world outside which many don’t even believe exists anymore. They meet a lot of people along the way, including Yoko. A girl who carries a big frikkin gun and you’ve probably seen a lot of her in other media. What they see when they make it out of the caves is only the beginning of this tale.

The show is from 2007 but you wouldn’t be able to tell from looking at it. With anime you have some that look dated or have a vintage look on purpose but this show looks like something that could be done today. The show is crisp, bright and colorful. It’s definitely easy on the eyes. Gainax may have several duds on their list like FLCL, Petite Princess Yucie and Panty & Stocking with Garterbelt but they also are behind Neon Genesis Evangelion which you can kind of see the similarities in art style.

Gurren Lagann is seen as one of the gateway animes. I’m not sure why because it’s stranger than a lot of others. Maybe that’s the reason? So people can brace themselves for some of the weirdness in anime? Who knows but it’s a good show and it’s worth adding to your list.
[yasr_overall_rating]