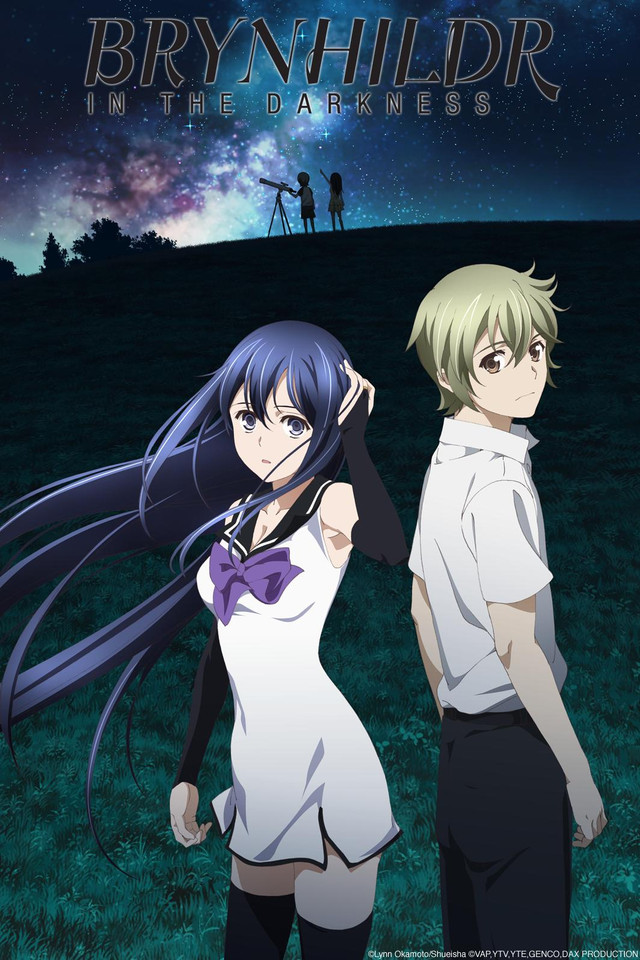 Brynhildr in the Darkness was just a show I picked up randomly. The show is centered on Ryouta Murakami, a teenage boy who can’t forget a female friend who he let die in an accident. Due to his guilt over the situation, he continues to look up at the sky every night to fulfill their promise to prove alien life exists. Then one day a girl named Neko Kuroha transfers into his class, she has a similar name and look to his childhood friend. When she displays the fact that she has super strength by saving Ryouta from an accident, he learns that she is a magic user who escaped from a research lab. From that point on, Ryouta becomes her support system and tries to help her live a normal lives but she isn’t the only runaway that he discovers.

Ryouta is pretty much the only one who truly stands out and that may only be because he’s male. The females seem almost interchangable unfortunately. They do have personalities and all that but you don’t get much of a build though there is a reason for that if you continue to watch the show.

Brynhildr isn’t going to wow you or anything, it’s pretty standard for harem anime. Most of them are anyway. At first it’s mostly haremy antics with a bit of plot, then they build on the plot but it still has a haremy feel to it even with the plot. It’s like come for the ploy but stay for the harem instead of the other way around.

Brynhildr in the Darkness was a decent show but doesn’t really stand out from any other harem anime. If you’re a fan of harems then you’ll like this one but if you’re not then you might want to pass on it. It’s not bad but it’s not something to go out of your way for. I did like the show but it is kind of average.