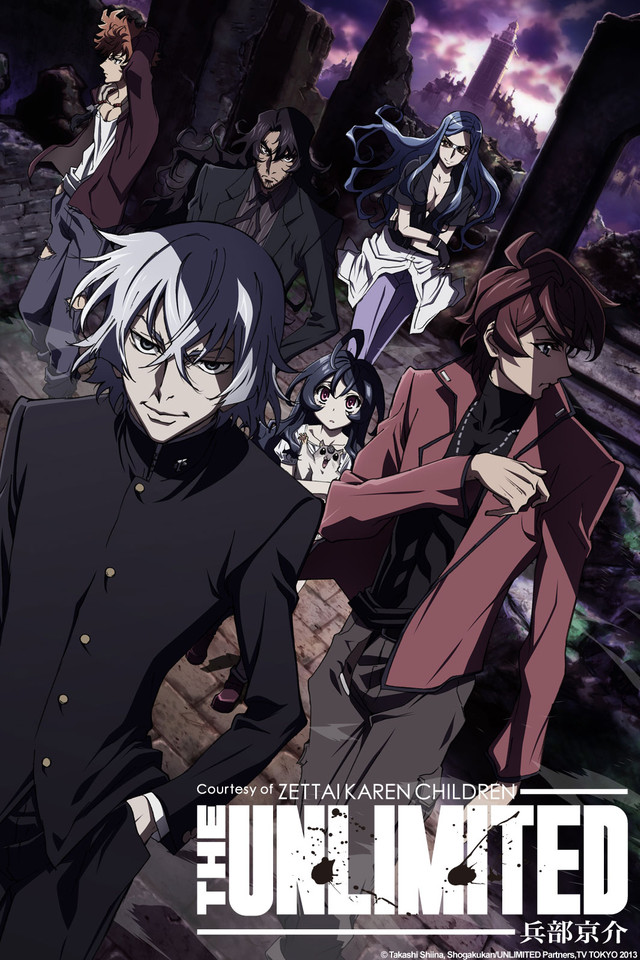 The Unlimited is another show that I feel was overlooked and underrated. As you know, I love the end of the world, sci-fi, super power type shows so my opinion may be biased. Screw it, it probably is biased but that doesn’t mean this show is any less of a quality show.

So what is The Unlimited about? I’m glad you asked. The Unlimited takes place in an alternate world where there are “normal” humans and also espers who are humans that have evolved to the point of having ESP. But we all know that humans have a hard time adjusting and accepting people who are different, so the espers are treated like freaks. Hyobu is an esper who exceeds the others though and because of it, he’s been scarred by those around him and society at large. He’s a fugitive and one of the world’s most wanted espers even though he’s just trying to free his fellow espers. H12-931 dumps His answer to this treatment was to form an organization, known as PANDRA, that strives to protect espers and their rights, usually by force.

There are 2 true main characters and one who is like a secondary main. Hyobu, the main character, is a Magneto/Cable type character, he wants to free the espers by any means necessary. Add in the fact that he is very overpowered and has a rival and he fits the character type. Andy, who becomes like a sidekick or partner can be seen as a Cyclops type character, fights for justice even in the face of adversary. The comparisons are due to the fact that this show does have an X-Men type of feel to it. That 3rd character is Yugiri, she’s a very powerful esper who has many people after her. Yugiri is a sweet little girl who luckily doesn’t get turned into loli bait. These 3 form the nucleus of the story but Hyobu does have a crew of espers behind him.

I liked the plot, story and characters here. It was a good mix of characters and the story got going from the beginning instead of episodes of action then decide to have a plot. The music for the show was very fitting too. CPCM dumps One of the things I didn’t like was 3 episodes of back story. Couldn’t those be OVAs or something? DVD material? To take 3 episodes out of 12 to do back story is just odd and may have turned people away. This show is pretty consistent from beginning to end, even with the history lessons of the show.

I really like these type of shows so my word may be biased here. It definitely has an X-Force or X-Men type of feel to it. The 90s X-Force not whatever Marvel is doing with that now. If you like this show then you will probably like Code: Breaker and Darker than Black too. Check them out too. This is actually a spin off of Zettai Karen Children but if you haven’t seen it, you won’t be completely lost. While there is character crossover, the story is an original story with a few ties to the original. The original series is 50+ episodes but this is 12 and with the back story they give on the main character you should have enough to go on.