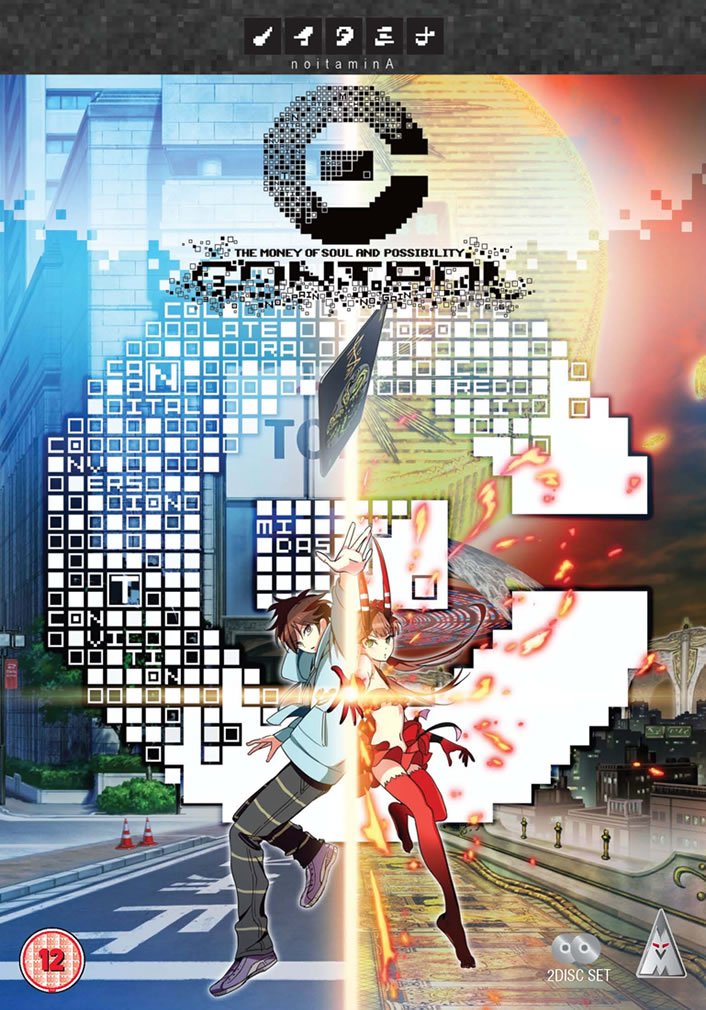 [C] – The Money of Soul and Possibility Control also known as [C] – Control or C for Control or [C] or C. There are probably other names too. Why so many names? Who knows. There were different names for different markets and then of course people tried to make the name shorter, etc. But let’s get into the story of the show.

The Japanese government is rescued from the brink of financial collapse by what is known as the Sovereign Wealth Fund. For the citizens of Japan, things have not improved. Unemployment, crime, suicide, despair, homelessness are all still a major part of their society. Kimimaro is a scholarship student whose dream is to live an ordinary life. One day, he’s going about his ‘ordinary life’ and someone offers him stacks of cash if he gives up his future as collateral. From that point on his life gets a lot more interesting. He’s pulled into a world known as the Financial District. In this district, he has to battle others in order to secure his future. But this Financial District holds an even bigger secret that effects everyone worldwide.

The production value of the show is decent. The art, music, dub work and everything were good. I can’t say there was anything that stood out to me though. The characters in the show kind of fall into the usual end of the world tropes and all that without anyone truly standing out but they do fit their roles well.

I like the show but it seems to be lacking something to put it over the top. Not sure what it is though. Nice little show with a concept that really interests me. It won’t be for everyone but if you like those fantasy fights or card battle type shows then this will be right up your alley.