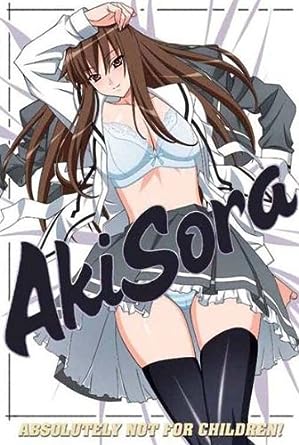 Sora is a teenage boy who alway would say “I love you” to his older sister. Seems harmless so far right? But as he gets older, he finds it harder to say those words to his sister. Still seems like a normal teenage boy right? One day his sister Aki decides to show her feelings towards him and they go beyond a sister/brother bond. Sora was questioning what was going on but then he gave in to emotion. Of course society wouldn’t understand so they kept this secret love to themselves. But Sora has a twin sister who seems to be in love with a girl who seems to be in love with Sora. Add these two to the mix and you get one wild ride.

If I knew what this was before I watched it then I probably wouldn’t have watched it. It’s one of those links that came up when I was looking at another link, type of things so I watched. Unfortunately you can’t unwatch something but this would qualify as one I’d unwatch. Just didn’t feel right watching incest and what is more softcore porn than an anime. Maybe it’s your thing but it isn’t mine so if it is your thing then ignore my low rating. The presentation is good if that means anything. If you have an hour to kill and a burning desire to see it then go right ahead bt don’t expect deep story lines or anything like that.