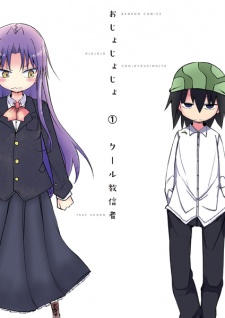 Ojojojo is one that I found by mistake but I’m glad I did. It’s a short 4koma which may or may not get a few more chapters. The mangaka who created it said he was only going to do 1 chapter but was convinced to make another. Just like an anime there are issues in the 2nd part.

The characters aren’t THAT different from other anime or manga but they will grasp you. You have two socially awkward characters, a tall, rich, tsundere who has problems making friends because her poor attitude and a quiet misfit outcast who, over time start to understand more about each other and become friends. The 2nd chapter introduces more characters which kind of usurp the time of the main characters. If it was a regular manga then it wouldn’t be much of an issue because you get more of the build up instead of seeming like it was thrown together.

Either way, I enjoyed the read. If the art looks somewhat familiar, that’s because Cool Kyoushinsha has works that you may recognize. He’s the mangaka behind Komori-san Can’t Decline, yes the one that had an anime this past season, he also does Metsuko ni Yoroshiku which I will be writing about soon, Kobayashi-san Chi no Maid Dragon is another one that I will pick up. He is also behind another odd couple which had an anime adaptation too,  I Can’t Understand What My Husband is Saying. So Cool has a decent amount of work under his belt.

Ojojojo currently clocks in at 28 chapters but they’re like 10 pages each and it’s 4koma style so it’s not heavy reading.